Migrant workers, forgotten during the lockdown, appear to be forgotten even in the unlocking of India.

The Union government has informed Parliament that no data is available on how many workers may have died in the last few months of the pandemic, during the biggest exodus of Indians since the country’s partition.

It is distressing that no such compilation has been made using a combination of state agencies and media reports.

As someone who spent close to four months tracking the journey of migrant workers, walking with them as they traversed hundreds of kilometres back to their village, I, for one, would be happy to share all my data. 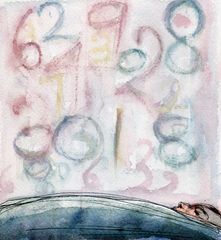 I could introduce the labour ministry to Mukesh Mandal’s family that lives just on the outskirts of Delhi, in an urban village in Haryana. Mandal, a small-time house painter, had lost all his avenues of income when the country closed down. His wife Poonam, held up his passport size photo for me to see, a vacant look on her quietly stoic face. A day earlier, Mandal had sold his mobile phone for Rs2,500. He bought a table fan—it was hot in the crowded tenement where his family lived—and a few kilos of ration. Then he tied a cloth to a bamboo pole outside his hut and hanged himself.

Or, I could draw the attention of officials to the family of Ranveer Singh, who died from a heart attack near Agra, as he attempted to walk the nearly 300km distance. I went to meet his family in Morena. His sister Pinky said her brother had to work in the city so that he could send money home; one of his dreams was that Pinky could start her own school. His last call home was to the family from Agra. “Come and get me please,” he implored. But by the time the family was able to get a curfew pass he was already dead.

Then there is the Gond Adivasi village of Antoli. It is so remote that even when we reached its outskirts after driving for more than a day, we had to walk several kilometres inside, through mud and fields, before we could meet its residents. We all saw the macabre headline of the 16 workers who were run over as they slept on railway tracks in Aurangabad. They thought that no trains were running and that it was a safe space for them to hide from the police. This was their village.

Or, we could remind the governments about the accident that took place in Auraiya, when 24 migrant workers were killed in a road accident. Their injury was compounded with insult when survivors were made to travel in the same trucks which were carrying the dead, the body bags resting on open slabs of melting ice. They were moved into an ambulance only after a massive uproar.

To not tabulate the data of those who died is to render them invisible.

We keep saying that each life lost is more than a statistic.

But it appears that we are not even ready to acknowledge them as statistics.