Fierce fight and a formula

In two decades of being a journalist, I have never seen the kind of campaign we are witnessing in the national capital now. For those who live away from Delhi, there could be a degree of irritation at what may seem like disproportionate media attention. You may think that Delhi always hogs the headline because most news media houses are headquartered here.

While journalists are guilty of believing that what is close to us geographically is more important in the hierarchy of content, this time what is at stake in these elections is genuinely high. 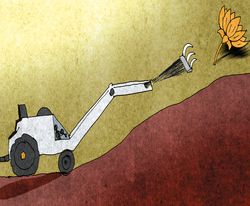 That may also explain why the BJP is taking this contest so seriously. Eleven Union ministers have been deployed in the campaign. BJP chief ministers have been pulled in—not just the flamboyant and contentious Yogi Adityanath, but even the otherwise low-key Vijay Rupani of Gujarat.

Delhi is important because Arvind Kejriwal is experimenting with a new brand of politics that if successful could prove to be the antidote to the BJP’s tried-and-tested hindutva card.

Kejriwal has—and to the chagrin of some liberals—deftly sidestepped the 50-day-long protests at Shaheen Bagh against the citizenship legislation. In the past he has supported the abrogation of Article 370. When a Pakistani politician tried to comment on the Delhi elections, Kejriwal stood up for Prime Minister Narendra Modi and told the Pakistani to mind his own business. In an interview to me, he called his working relationship with Modi “excellent”, notwithstanding the polarisation attempts in Delhi and the vitriol of the BJP’s attacks on him. He wants to keep the focus on his governance record and on microeconomics—electricity, public health, housing, water—while maintaining his record as a mainstream nationalist. If this works and Kejriwal claims a second term, as seems likely, a non-BJP party may have finally found a working formula against identity-politics—and that is to simply avoid walking into that argument. It is for this reason that Kejriwal has been careful to especially appeal to Modi voters; he knows that the reasons people vote in a provincial election may be very different from how they vote in a national poll.

This has been a campaign where slogans like “Desh Ke Gaddaro Ko, Goli Maaro Salon ko [Shoot down the traitors of the nation]” have been endorsed by a minister in the government. Four different incidents of a man brandishing a gun have taken place between Shaheen Bagh and Jamia Millia Islamia University—two major protest venues. Despite criticism across media for the violent rhetoric of the BJP campaign in Delhi and its absolute coarseness, the BJP has aggressively doubled down on this approach.

A surprise win for the BJP in Delhi would mean an absolute free pass for the kind of incitement to violence and other-ing of Muslims we have seen by sections of the party. A defeat would not add more balance of power to India’s federal structure; it could reset the approach taken by other non-BJP parties as well.

Delhi is important not just for the symbolism of being the capital and for being a barometer of north India’s political mood. It is also critical because what happens here could impact national politics, and how we approach both secularism and nationalism.

Kejriwal has chosen tactics over strategy.

Sometimes that is what battle-hardened troops do so that they can live to fight another day.