Why Congress's NYAY, conceived by brilliant minds, failed to click with the masses

Abhijit Banerjee, the Indian-American who is one of the winners of this year’s Nobel prize in economics, had also assisted the Congress in shaping its NYAY programme. Today the world is standing up and taking note of his work on poverty alleviation.

It makes you wonder, if NYAY, the acronym of the much-vaunted minimum income programme, had a brain bank of Banerjee, Raghuram Rajan and Thomas Piketty shaping its contours, why did it fail to strike a chord in the elections. 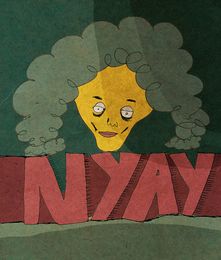 In fact, in all my travels during the 2019 campaign, people would look quizzically at me when I asked them if they had even heard about the programme that the Gandhis believed would be an electoral game-changer.

On the one hand, you had the Congress unable to convert the advice of some of the most profoundly intelligent minds in the world into any sort of political opportunity. On the other hand, you had the Narendra Modi led-BJP paying virtually no cost for the disruptive and damaging demonetisation programme, the clumsy rollout of the Goods and Services Tax or even agrarian distress and spiralling unemployment.

What explains it? Modi’s enormous personal popularity and the BJP’s effective use of emotive issues—nationalism, identity, hindutva—does not fully explain it. Nor does the electoral indifference to NYAY because some of the specifics never got answered—about how it would be funded, or whether other subsidies would have to be withdrawn or curtailed. Those are the sort of details that perhaps a minuscule section of people are concerned with—journalists, economists and fellow politicians.

NYAY’s political flop show cannot be blamed on the men and women who conceived of it. The blame must be taken by the Congress leadership. And perhaps there is no better example of the opposition’s gap between ideas and communication than the failure of NYAY to get any traction among voters. If anything, it exposes how flabby, lazy and complacent the Congress has become, despite facing an existential challenge. Party members finger-point till today about who put up a NYAY hoarding in Delhi’s tony Khan Market. This was parody writing itself. A scheme targeted at the poor rural voter was on unthinking display in the epicentre of Lutyens Delhi. In the end that is where NYAY remained confined—in op-ed pages, on television shows, on new-age websites, all within the echo chamber of a socioeconomic constituency whose interest in it was, at best, academic and whose lives were totally untouched by it.

Even today, when the economy is the main and only vulnerability of the Modi government, the main opposition parties are unable to centre-stage it as an issue that people will vote on. The assembly election results appear foregone victories for the BJP in both Maharashtra and Haryana; the latter has among the highest unemployment figures in the country.

So there is no point in supporters of the Congress trying to claim any credit in Abhijit Banerjee’s big win. They almost seem to be offering it up on social media networks as an example of the party’s better intellectual pedigree, when compared with the BJP.

All of this counts for little beyond the world of Twitter. In the real world, what matters is winning elections, and finding a leader who knows how to communicate with the India of today.