Keep soldiers out of poll battles

There is no doubt that India’s decision to bomb a Jaish-e-Mohammad terrorist base camp inside Pakistan has marked a critical shift in the country’s security doctrine. Not just was air power used across the Line of Control for the first time in five decades; that the target was inside Pakistan and not Pakistan-occupied-Kashmir is the all-important shift. India is signalling to Pakistan and the world that the old assumption—nuclear weapons will deter India from conventional military responses to terrorism— no longer apply.

Since then, however, instead of a cohesive, united response to the Pakistan deep state’s patronage of terrorism, we have been squabbling among ourselves. Our political parties are trading charges and our ideological extremes are using over-generalised labels for the citizenry. Phrases like ‘warmonger’ and ‘anti-national’ are being meaninglessly and lazily bandied about. 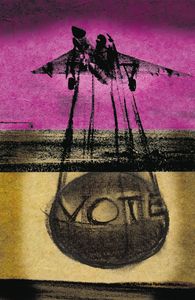 In some ways, the BJP has only itself to blame for the political noise that has tailed the Balakot airstrike. The statements by India’s foreign secretary as well as the two on-record articulations by Indian Air Force Chief B.S. Dhanoa and Air Vice Marshal R.G.K. Kapoor were brilliantly professional, responsible and measured. The IAF chief made it clear that while the air force had got the target it wanted, the service “counts targets, not human bodies”.

It was party president Amit Shah who went on record at a public rally to amplify the claim that more than 250 terrorists had been killed in the air strike. In the initial aftermath of the strike, these numbers were extensively used by journalists, quoting unnamed government officials. But once it was claimed on record by the BJP president at an election rally, the statistic became fair game for opposition scrutiny. You may argue that the opposition is walking into a BJP-laid trap and that the more it raises questions, the more the BJP gets the chance to paint it as pro-Pakistan. But that would be a separate argument.

What is true is that the BJP cannot have it both ways. The party cannot use the military strikes for partisan political purposes and then expect that the political opposition will not respond in kind. We have seen the prime minister deliver a speech with a poster of the Pulwama martyrs forming the backdrop of his address. The head of the local BJP unit in Delhi campaigned wearing army fatigues. Union minister and former Army chief V.K. Singh has drawn the analogy of mosquitoes to talk about terrorists killed. And posters saying, ‘Khoon Se Tilak Karo; Goliyon Se Aarti’ (mark your foreheads with blood; offer prayers using bullets) have been used by party supporters to greet Modi at public gatherings.

The BJP has the right to argue that it was political will and Modi’s appetite for risk that made the Balakot airstrike possible. It is legitimate politics for it to question why the Congress, by contrast, did nothing similar after the 26/11 Mumbai attacks. But, once a top-secret, classified, military action becomes material for election slogans, it is as legitimate for it to be discussed and deconstructed—both by the media and political parties. In this situation, more information, not less, is the need of the hour.

And while we are on the subject of nationalism, the entire country stood with the military and was overwhelmed by the courage of Wing Commander Abhinandan Varthaman. But it is not a mark of respect to soldiers to drag them into the ugliness of electoral battle. Let their uniform be deployed only in actual warfare. There is something sullying about allowing the sacrifice of armed forces to become the material for speeches, stage design, poll posters or jingles.

The Election Commission must stop this.