It is easier said than done, of course. Only people with genuine smarts, high self-esteem, an appetite for healthy competition and a hunger for achievement can follow this policy. The Mughal emperor Akbar did it. He was an unlettered, unschooled man, but he surrounded himself with brilliant men. His nine jewels included an economist, a general, an administrator, wits, poets and philosophers. They spoke truth to power without fear or intimidation, and the general public profited from their combined wisdom. 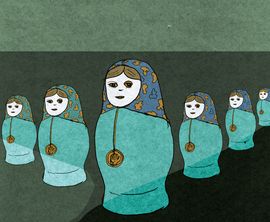 But lazy, mediocre, entitled people are always too insecure to empower anybody who can become a “threat” to them. They tend to systematically weed out high-profile performers, and favour people with talents and passion inferior to their own. It is a policy that hollows out the organisation and inevitably ends with dumb, dumber and dumbest monkeys dangling at the bottom of the food chain, a phenomena economists describe rather piquantly as a bozo explosion, the kind that is currently plaguing the Congress party.

Does Rahul Gandhi have the appetite to be an Akbar or an Ogilvy? Will he be able to look past the bozos and genuinely empower a Sachin Pilot, a Jyotiraditya Scindia, or a Shashi Tharoor—a youngish, dynamic, well spoken, popular leader? Sometimes I think he actually will. And if he does, it will be an amazingly courageous, unselfish and patriotic act on his part, one that will pay rich dividends to the party, and in the long term, even to him.

Or, will he do what everybody is pretty much expecting him to do, and place some nameless, faceless, no-threat cipher in the top job? It is ironic that while Ayodhya is a Camelot of the BJP, it is the Congress which has been playing out so many scenes from the Ramleela lately. We have got righteous Prince Rama swearing he will go into exile, we have got everybody moaning and breast-beating trying to get him to stop.

Just like loyal brother Bharat, we have got any number of loyal lieutenants vowing that they are unworthy to rule, and will do so only in big brother’s name, with his sandals on the singhasan, and devout obedience in their hearts. We have even got a swelling band of loyal Laxman/Sita types who have resigned in solidarity with big brother and are all set to ‘go into exile’ themselves! The whole thing stinks of sycophancy and it is pathetic.

Let us hope Rahul is zen enough to be the smallest Matryoshka doll—the one that goes on to father giants. He certainly seems to be talking the talk; it is time to see if he will walk the walk.

And to the ‘faithful’ within the party, I would advice a little less Ramayana-style toadying, and a little more Mughal swag, please. An old-fashioned, bloody war of succession where little brothers take on big brothers for the throne is the need of the hour. The time for timidity, modesty and pehle aap is past. Please step up and stake your claim strongly. Because we, the people of India, are holding auditions for future leaders, too. And our eyes are on you.