Sun is shining on Suraj, who is being courted by top literary agents

Frank admission: I had heard of the book (Caste Matters), but forgotten the name of the author. The book (published in 2019) is frequently described as explosive, and Suraj Yengde, the 35-year-old author, gets blurbed as a first generation dalit scholar, educated across continents, who challenges deep-seated beliefs about caste and unpacks its many layers. I had not read the book—but now I will, after meeting Suraj at the just concluded Kerala Lit Fest in Kozhikode.

Dressed like a rockstar in strawberry pink drainpipe pants, a rainbow hued ganji hugging his lithe frame, fitted navy blue blazer with a foppish pocket square, pitch black shades (indoors) and a halo of unruly curls framing his face—the man had attitude written all over him, as he pulled up a chair and introduced himself. Our connect was instant and fun!

Once done with the valedictory function, Suraj, his Slovenian companion Tasha, and I drove for an hour to eat the best mango fish curry on earth at the famous Paragon restaurant. I bombarded Suraj with questions about his past, present and future as we conversed energetically in our common mother tongue—Marathi. Suraj’s extraordinary trajectory is worthy of a full length film, starting with his life in a slum in Nanded, sharing one cramped room with his family of five. The visuals are straight out of Slumdog Millionaire, and his narrative is equally compelling as he vividly describes beating all odds at school and college, to finally achieve what very few have—dalit or not. By the age of 25, he had two PhDs under his belt and was already on his way to being acknowledged as an international scholar worth watching, having impressed academia (Harvard/Oxford) with his impassioned commitment to his life’s mission and calling as a writer/speaker determined to have his voice heard. 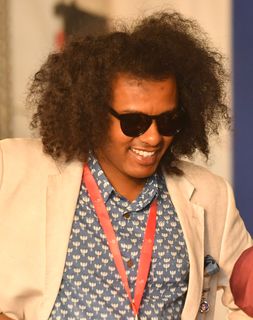 Today, Suraj is being courted by top literary agents (he has just signed on with David Godwin) for his next book. For a student who had shivered his way to Lucknow in sleeper coach, without a blanket or sweater in the bitter cold, and went on to win a debate which came with Rs5,000 as prize money, Suraj today flies business as he jets from country to country and stays at the best hotels, flaunting his flamboyance and intellect unselfconsciously. I commented on his sharp sartorial choices and he readily admitted how a female Italian friend in Geneva (he was working for the UN), stared at his tennis socks at a formal dinner for diplomats and recommended a few changes in his wardrobe.

Suraj was candid enough to discuss his earlier mixed up attitude towards women, especially while dealing with a clear ‘no’. (“European women are far more direct than Americans. I used to get hurt and vindictive as I would see the ‘no’ as a personal rejection and brood over it for weeks”). Today, it is the same Suraj who negotiates the many complexities of gender and caste politics, while ceaselessly reviewing himself.

As we finish our feast, which includes the chef’s personal favourite (fried anchovies in tamarind sauce), and promise to reconnect at the ongoing Jaipur Lit Fest, Suraj’s eyes are shining with excitement and anticipation. His work speaks for itself. But it is his persona that fascinates me, as I laugh and assure him he’ll get all the attention he seeks at JLF—after all, he is so marketable. Besides, he no longer wears tennis socks with dress shoes! Yup, Suraj has come a long, long way from Nanded. The sun is shining on him!