Back in the game

The last time Urmila Matondkar was in the news was when she was photographed with Rahul Gandhi in March 2019. She had jumped on to the electoral bandwagon and was welcomed into the Congress by the ‘Big Boy’ himself. It is another matter altogether that she lost, and almost immediately resigned from the party, citing ‘internal politics’. But, while she was at it, she had emphatically stated her long-term commitment to serve the people of India.

Urmila became a trending topic last week, when she boldly took on Kangana Ranaut and debunked the charges against Bollywood. She also came out in support of veteran actor and Samajwadi Party MP Jaya Bachchan, who had spoken up strongly in Parliament against actors who were tarnishing the entire film industry by badmouthing colleagues. By now, Kangana’s penchant for promptly hitting back at detractors is well known—and hit back she did! 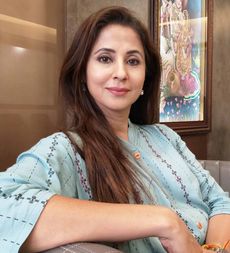 For a bright, beautiful and articulate woman of 46, this would certainly be the right time to jump in, and stay in, not merely flirt with, politics. As a ‘Marathi Mulgi’, who studied in Mumbai and Pune (BA in philosophy), Urmila would certainly make a worthy candidate from her constituency (Mumbai North), with her glamour quotient and bhashan-making skills. She has the makings of a shrewd political player—pity she debuted in the political arena with the wrong party.

Her chequered showbiz career could have taken off to higher levels had she picked her projects better, after making a spectacular success of a role tailor made for her by her besotted mentor at the time, Ram Gopal Varma. As Mili Joshi in Rangeela, playing opposite two big heroes, Aamir Khan and Jackie Shroff, it was the petite but perfectly proportioned Urmila who walked away with the top honours and a Filmfare Award (1995). It was the same year that she acted in a Malayalam action thriller opposite Mohanlal.

Despite these amazing breaks, Urmila did not manage to leverage her initial success, and was soon relegated to accepting offers to play judge on dance reality shows.

Perhaps, this is Urmila’s moment—she has certainly impressed prime time viewers with her sensible, sober views. She could have retaliated to Kangana’s taunt in the same language. But she did not.

I have known Urmila off and on over the years, even though we have not been in touch on a regular basis. She has been consistently warm, friendly, and well-spoken during our brief encounters. Years ago, she had spontaneously come to our home after an event, with her close friend, fashion designer Manish Malhotra. She disarmed the entire family with her bubbly personality. She has what it takes to become a politician in the mould of say, a Mahua Moitra, who is creating waves each time she speaks up in Parliament.

If Urmila does indeed join another political party, she should ensure she can handle ‘internal politics’—for which political party in the world is free of that mega menace?