Remembering the rage and the rain

This is not about Kiran Nagarkar, the writer. It is about Kiran Nagarkar, the person. I was in a distant land when I heard of his passing. I was taken aback by the suddenness. And yet, not. The news was conveyed via an email. I was sitting by myself at a café in Riga, Latvia, and had no one I could turn to. No one to share that moment with. I did not shed a tear. I carried on sipping my coffee, as if losing a friend of many years was well… normal. I guess, it is ‘normal’, but it is also immensely sad and painful… especially when you know your beloved friend had already given up on life. And perhaps, his passing had spared him further ignominy and humiliation. I sat for a long time over that coffee, a smile on my lips as I recalled our last meeting just two months earlier. I had sensed I might never meet him again—not just because he seemed even frailer than usual. Not because his voice had changed, as had the expression in his eyes… it was something else. Kiran had surrendered. And that flummoxed me. Surrendered? Kiran ? Did he not know he would always have millions of admirers who loved him, loved his books, loved his spirit?

That evening at Mumbai’s iconic Sea Lounge, I met a vanquished Kiran who spoke morosely about his emotional state—he had never felt this let down by people he thought were his supporters and friends. The same people who refused to acknowledge him or take his calls after the ‘scandal’. He expressed surprise and ‘gratitude’ that I had readily jumped at the opportunity to meet for tea. “Are you sure ?” he had asked hesitantly. I was certain. 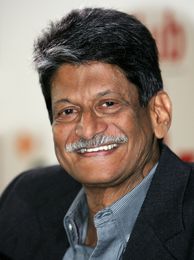 Kiran Nagarkar was battling charges framed by three women who had accused him of inappropriate behaviour at the time of the #MeToo fever. He was keen to talk about what had happened… in a puzzled and troubled way. I have no idea, and neither do I want to get into the details. With the rain pelting down over the angry, churning grey sea outside the bay window, all I really wanted to do was comfort a broken, finished man who had been turned into an overnight pariah by the literary establishment. He was dropped from lit fests just like that, and most of his speaking engagements stood cancelled. People he had known for years looked the other way when they spotted him in public. Editors claimed they could not overrule resistance from their female reporters, who insisted on ‘banning’ Kiran. His last book (The Arsonist) was shredded by critics, and he confessed not a single copy of Ravan and Eddie (Kiran’s most significant book) had sold after the story broke. He was not playing martyr. He seemed genuinely bewildered, asking over and over again where he had erred and in what way.

I tried to lighten the mood and change the subject. As always, we were conversing in Marathi and I was relieved when at some point Kiran used some delicious Marathi slang to hurl a few choice abuses at his tormentors. This endeared him to me the most! Instantly dropped was the self-pitying narrative. This was the feisty Kiran readers and friends adored—giving it back to those who had hurt and destroyed him. We laughed at his more graphic ‘gaalis’, and I asked for more Darjeeling tea. Kiran stuck to bottled water. I clicked several portraits, marvelling at how terrific Kiran looked, ravaged and fatigued, though he was. We went to the lobby and he said, “Let’s get someone to take a picture of us together.” “Let’s !” I concurred eagerly. There was but a moment of hesitation before Kiran asked, “May I…?” before placing his hand on my shoulder. We both burst out laughing. I joked, “Kiran… it is an age-thing! You and I do not have to bother to be politically correct—go right ahead.”

It is a sweet, natural picture showing two 70-plus friends, smiling in a relaxed and comfortable way—the way old friends are meant to. I teased Kiran that he had carefully wrapped my uneaten cookies in paper napkins, and taken his half-drunk bottle of mineral water with him. “I have paid for both—why leave anything behind!” he said. Why, indeed!

What Kiran Nagarkar has indeed left behind is a tremendously powerful body of work. May his literary legacy thrive and bloom. RIP, mazaa priya mitra.