Talking about his recent book on his tenure at the White House, former United States national security adviser John Bolton told an Indian journalist that he disagreed with President Donald Trump focusing far too much on bilateral trade issues and not enough on larger strategic issues with India. This distinction is an old fudge that both the tribes of economists and foreign policy experts indulge in. Every now and then we are reminded that while the US State department wants better relations with India, the US Trade Representative (USTR) marches to a different tune.

This distinction that keeps trade policy in one silo, and foreign policy and strategic ties in another is mirrored even on the Indian side. In New Delhi, the partitioning is made complete by the fact that the Indian Administrative Service runs trade policy while the Indian Foreign Service runs foreign policy. When a certain former prime minister wanted to post an IFS officer as India’s ambassador to the World Trade Organization, the IAS killed the proposal with a ton of files. On the other hand, diplomats have often complained about the insularity of the trade bureaucracy that prevents closer relations with the US. 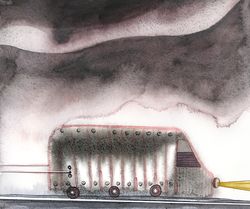 The current stand-off with China and the new policy of atmanirbharta has forced the government of India to wipe out this distinction between trade policy and foreign policy. Even so, the ideological diehards among both economists and foreign policy analysts remain critical of blurring the distinction. Those who remain sceptical of taking a tough view on trade with China, as a response to China getting tough on border issues and political relations, would do well to read the views of the Nobel Prize-winning economist Thomas C. Schelling who deployed game theory in defining nuclear deterrence.

Schelling told a US Congressional committee on trade and national security way back in 1971: “Aside from war and preparations for war, and occasionally aside from migration, trade is the most important relationship that most countries have with each other.... Trade is what most international relations are about. For that reason, trade policy is national security policy.”

Schelling’s views have been echoed over the years across Washington DC. The White House has used the USTR to browbeat friend and foe. In the 1980s, Japan was the target. Today, it is China, India and many other trade partners. So, Bolton is making much of a muchness criticising Trump for doing what many of his predecessors have done—weaponise trade. What is amusing is that so many Indian apologists for US action continue to peddle the argument that while the White House and the US state department want good relations with India, the USTR is such a bloody-minded fellow.

For good or bad, political and economic relations between countries do get inter-twined. China was a beneficiary of a mounting trade surplus with India during the pre-Xi Jinping period when the political relationship was improving. As the political relationship deteriorated, trade ties, too, took the hit. The theory that trade can buy peace was dumped long ago and China’s deteriorating relations with all its major trade partners goes to show that money cannot buy love.

As for the US-India relationship, the media has reported that India’s External Affairs Minister S. Jaishankar has been receiving reassuring phone calls from Mike Pompeo, the US secretary of state, in the context of the spat with China. It would be equally helpful if New Delhi also received reassuring calls from the USTR, Robert Lighthizer. As George Bernard Shaw’s Eliza Doolittle told Freddy Eynsford-Hill, “Do not talk of love, show me!”