Every now and then members of Parliament routinely and curiously seem to celebrate the departure of Indians from India. I wonder in how many other countries elected representatives of the people celebrate their citizens going abroad in search of employment rather than staying home and contributing to national development.

Recently, External Affairs Minister S. Jaishankar was required to answer that frequently asked question about H-1B visas that the United States dishes out to hire talent produced in India and gainfully employed in the US. The government is put on the defensive if fewer Indians are able to secure their passport to paradise. So, Jaishankar informed Parliament that US official data showed that “in fiscal 2018, 1.25 lakh H-1B visas were issued to Indian nationals which accounted for 69.9 per cent of the total 1.79 lakh H-1B visa issued.” Members of Parliament seemed satisfied to be told that “Indian nationals account for nearly 70 per cent of all H-1B visas issued”. 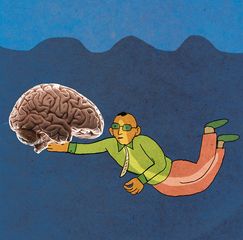 In my student days this was called “brain drain”. But around the turn of the century, policymakers and economists redefined this as export of services. India began demanding a multilateral regime for the ‘movement of natural persons’, as skilled labour export came to be called. This is no brain drain, argued some economists. India is creating a ‘brain bank’ from which it can draw hard currency in the form of remittances. Then we went a step further. Both former prime minister Manmohan Singh and Prime Minister Narendra Modi have spoken about ‘brain drain’ in fact being ‘brain gain’, since the emigrating Indian would return both better skilled and better off, and would contribute to India’s development.

When former prime minister Atal Bihari Vajpayee decided to celebrate the achievement and contribution of the Indian diaspora, he chose January 9 since that was the date on which Mahatma Gandhi returned home from South Africa. The day is celebrated as Pravasi Bharatiya Divas—the home returning Indian, not the home leaving Indian. India now celebrates the home leavers, and hundreds of thousands are paying their way out.

The Reserve Bank of India has estimated that the total expenditure on tuition and hostel fees by Indian students studying abroad has gone up sharply in recent years, rising from $1.9 billion in 2013-2014 to about $2.8 billion in 2017-2018. The Associated Chambers of Commerce & Industry of India has, however, estimated the actual figure to be more than twice that number, at $6 billion.

The issue is not the money outflow or inflow, but of the talent flow. Over the past four decades, India has contributed some of its best brains to the US, exporting students graduating from its best institutions. In the first quarter century after independence, most Indians who went abroad to study returned home to work. This benefitted the country. While more and more of those who study abroad are now returning home, because of reduced job opportunities in trans-Atlantic economies, the fact remains that India still exports far too much talent rather than retaining it at home. West Asia has been yet another magnet for talent export. It is no longer low-skilled labour that goes to the Gulf states. High-skilled labour and highly qualified professionals are now moving to the region. Indian companies, too, are investing more overseas.

The time has come for new thinking on policies that impact brain drain and the export of talent. The celebration of the achievements of the overseas Indian is all very well, but how about celebrating the decision of those who choose to remain or return by making it worthwhile to do so.