Brute majority's not a blessing for Telangana and Andhra Pradesh

It is generally believed that a comfortable parliamentary majority facilitates effective governance by the executive. While Manmohan Singh reinforced that view with his famous “coalition compulsions” argument, defending his government’s inability to act decisively during his second term in office, the votaries of coalition governments have long argued that the threat of exit keeps minority governments in check. Wafer thin majorities have been criticised because they encourage political corruption, with the ruling clique having to win over support of marginal elements who can unseat a government at will.

Given all this theorising about the role of parliamentary support in the performance of the executive, few would have believed that brute majorities may, in fact, be more of a curse than a cure. Ruling political parties with a brute majority in the legislature come very quickly to believe that they owe no explanation to anyone for the decisions their government takes because the ‘mandate of the people’ is with them. 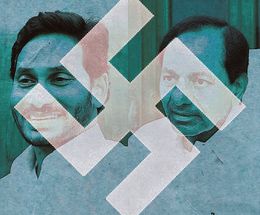 Just look at what is happening in the two Telugu-speaking states—Andhra Pradesh and Telangana. The YSR Congress led by Y.S. Jagan Mohan Reddy was voted to power with a huge majority that virtually decimated the then ruling Telugu Desam Party and finally buried the Sonia Congress in Andhra Pradesh. It was hoped that with such a convincing victory the chief minister would take the fledgling state, beset with teething troubles, forward. Yet, not even six months into his tenure, Jagan has made a bigger mess of an existing mess.

Obsessed with seeking revenge against TDP’s Chandrababu Naidu, Jagan has been taking one whimsical decision after another, upsetting many who had invested in the future of the new state—ranging from the government of Singapore and the World Bank to high-flying Indian and foreign companies. If Naidu erred in making the building of a new state capital at Amaravati a white elephant that the state cannot afford, Jagan is making his decision to move away from that plan a road to uncertainty about other investments made in the state. Jagan’s decision to nationalise liquor sales is yet another whimsical act, pursuing a policy that has failed in every state where it has been tried before, including Delhi.

If the Telugus of Andhra Pradesh are ruing their decision to give Jagan such a thumping majority, their compatriots in Telangana are not far behind. Telangana Rashtra Samithi’s supremo K. Chandrashekar Rao ran a good government in his first tenure in office, ably assisted by his son, the bright and charming K.T. Rama Rao, and the very grounded nephew T. Harish Rao. KCR was given a thumping endorsement and returned to office with an even bigger majority in the hope that he would continue to take Telangana forward. However, the first year of his second term has been marred by whimsical decisions, ranging from not constituting a ministry for months to wanting to build a new secretariat and getting schools closed for weeks on end because of a public transport strike caused by the manner in which he dealt with its employees and so on.

Both Jagan and KCR have to sit back, take a deep breath and reexamine their record in office if they want their respective states to remain at the top of the league in terms of development. One can only hope that between son and nephew the two younger leaders in Telangana will force the patriarch to focus on good governance and development of the state beyond Hyderabad. In Andhra Pradesh, one can only pray that Jagan’s mother reminds him of the good work his father had done as chief minister and pulls him back from his journey of whims and spiteful revenge.