Future’s far from perfect for India

How prepared is India to deal with the challenges of the future? Not very well. That is the conclusion of a fascinating report on future preparedness produced by a group of Russian scholars. Russia’s premier international affairs forum, the Valdai Discussion Club, has just put out a Future Preparedness Index (FPI) that ranks India at 17 in a list of the world’s top 20 countries. Right at the top of the list is, of course, the United States. Russia itself is at rank 12, testifying to the objectiveness of the study. China is at 10. Western Europe and Japan rank high on the index, occupying most of the top eight slots after the US. The only countries ranked below India are Indonesia, Mexico and South Africa.

Valdai’s FPI is an aggregate of country performance across ten areas, namely, economy, education, technology, science, social cohesion, culture and communication, resources and ecology, state capacity, governance and international power. The FPI researchers used a range of freely available data, mostly from the World Bank, to estimate the level of development of a country along each of the ten parameters. Critics would pick holes about data accuracy and comparability, but then all such international comparisons are fraught. Despite all limitations, a statistical index of this sort has its uses. It allows one not just to judge where one’s country is in comparison with others, but where its strengths and weaknesses lie. 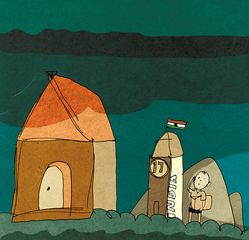 India scores particularly poorly on education, ranked as it is at the very bottom of the list of 20. India’s other weak spots are inadequacy of natural resources and the ecological challenge, lack of social cohesion and low level of technological and cultural development. India scores better, though not too highly, on its economic performance and on governance. The score on governance may surprise many in India, but its relatively better ranking is owing to the extent of computerisation of public services and the role of a merit-based civil service.

There were two surprises for me in the FPI index. First, the fact that it shows that the European Union is better prepared to face the challenges of the future than is generally supposed. The common perception is that it is the US and China that would dominate the future. The FPI index not only shows the EU to be on a stronger foundation, given its investment in education, science and technology and quality of governance and state capacity, but it also shows China as being on a weaker foundation than is widely imagined. Coming from a Russian think-tank, this is an interesting result.

The second surprise in the Valdai report is the gap between what the data shows and what experts in the field of international relations think. A Russian public opinion research centre polled experts in Russia and around the world and asked them to rank the 20 countries on each parameter. There is considerable gap between what the data shows and what the experts think. The results show that the international research community has an exaggerated opinion of the power of most major countries, including the US, China, Russia, India, Brazil, Turkey and Saudi Arabia, compared with what the data shows. On the other hand, expert opinion underestimates the power of the European Union, Japan and Australia.

Many have long argued that India punches above its weight in world affairs. But the FPI data suggests that China and Russia, too, are punching above their weight, while Germany, France and Japan are punching well below their weight. The warning for India, though, is that if it does not invest in education and research its global influence and power will diminish.