Patriotism out of pocket

The balance of payments crisis of 1990-91 was triggered in part by non-resident Indians withdrawing their money from NRI accounts in Indian banks. Patriotic NRIs—the kind who in more recent years having been crowding into Prime Minister Narendra Modi’s rallies from New York to Dubai to Singapore to Houston—were precisely the kind who ran away with their money when the Indian economy was on the verge of bankruptcy. In 2019, it may well be the even more patriotic resident Indian citizens, who may have even voted for Modi, that seem to be taking their money out of India, worried about the economy’s near-term prospects and their children’s future.

According to a news report, Reserve Bank of India data shows that outward remittance of foreign exchange from India increased from $1.325 billion in 2014-15 to $13.787 billion in 2018-19. In the first four months of 2019-20, it was already $5.871 billion. Part of the increase is due to growing foreign travel (for tourism, business and education) by an increasingly well-off urban elite. Over the past five years, Indian families forked out as much as $10 billion (an average of $2 billion per year) to pay for education abroad. The latter phenomenon is in part a comment on the desire of those who can afford, or who can secure a bank loan, to study abroad, but it is equally a comment on what the Indian middle and upper classes think of higher education in India. 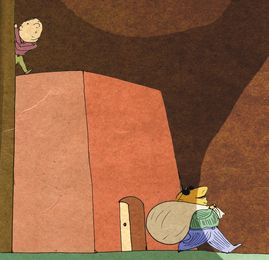 While outward remittances on account of tourism and education are associated with prosperity, rising outward remittances on account of transfer of savings, made possible by the liberalised remittance scheme that allows Indians to transfer up to $2,50,000 per year out of India, are a comment on what investors think of the country’s medium-term growth prospects. India’s rich may be voting for Prime Minister Modi, but are clearly de-risking, taking part of their wealth out of the country. The simple term for this is ‘capital flight’.

The head of an investment bank told Sandeep Singh of The Indian Express, “Small businesses and entrepreneurs who are relatively affluent are looking to shift their base out of the country.” This trend has been observed since 2010, but there is a clear accentuation in the recent past. Whether it is a businessman or a middle-class professional, few allow their patriotism to blind their investment decisions. Money enters a country when investors feel optimistic about its future prospects. Money exits a country when expectations turn negative. The Indian economy is in the grip of negative expectations. Turning the mood around is the single most important challenge for the Modi government.

Turning the mood around, however, is not just about the kind of tinkering with economic policies that the Union finance ministry has been doing over the past fortnight. While most of Nirmala Sitharaman’s initiatives are good and welcome, the fact is that few of her cabinet and party colleagues are lending a helping hand. The political energy of the government is getting dissipated in avoidable controversies that are adding to the negative mindset that has gripped consumers and investors alike. Turning the economy around requires political leadership and a clear sense of purpose at the very top. A subsidy here, a tax sop there, a tariff cut here and a cheaper loan there are not enough.

The government must speak in one voice, avoid stirring the pot on meaningless issues about one’s linguistic, religious, cultural and social life and, instead, focus attention on the citizen’s economic and educational future. The government needs a new mindset moving forward.