Corporate social responsibility (CSR) is once again in the news thanks to what businesspersons have described as a draconian amendment to the Companies Act that makes not adhering to the CSR law a criminal offence. The government got tough because a large number of companies have failed to comply with the stipulation that two per cent of a company’s profits should be spent on “socially-beneficial” activities. While this is true for many defaulting firms it is also true that many others have in fact spent more than two per cent of their profits on a range of such socially-beneficial activities.

A study done a decade ago showed a distinct regional and cultural pattern in CSR spending. Companies located in western India, especially Parsi and Jain enterprises, had a better track record in CSR than those headquartered in northern and eastern India. While businesspersons may now complain about a legally-ordained CSR, the fact is that the idea originally came from some representatives of Indian business. 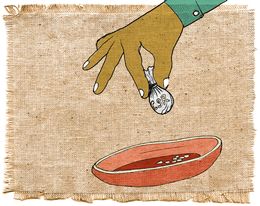 In early 2007, the leadership of the Confederation of Indian Industry (CII) called on prime minister Manmohan Singh to invite him to address their annual general meeting. Singh accepted their invitation and advised them to consider ways in which corporate India could be more socially responsible. A senior CII functionary then met me and gave me a list of seven principles of CSR that the prime minister could outline in a speech that I was then drafting for him. Singh increased that list to ten and titled his speech ‘Inclusive Growth—Challenges for Corporate India’.

Singh advocated greater attention to workers’ welfare, affirmative action in employment in favour of the less privileged, greater commitment to clean and green development, donation to charities, socially-responsible advertising and so on. The suggestion that drew most criticism from business leaders and media was for a ceiling on remuneration paid out to senior executives and promoters. Emphasising the importance of investment and saving over conspicuous consumption Singh referred to 19th century European business ethic and quoted economics guru John Maynard Keynes to say “The duty of ‘saving’ became nine-tenths of virtue and the growth of the cake the object of true religion.”

Most business leaders and business media criticised the prime minister for burdening business with the responsibilities of government. I had to explain to them that most of the ideas in Singh’s speech came from within CII. The media called it the prime minister’s “ten commandments”. In a hard-hitting comment, journalist Swaminathan S. Anklesaria Aiyar chastised Singh for his homilies to business leaders with his own set of “ten commandments” for the prime minister. Writing in his famous Swaminomics column, Aiyar’s tenth commandment to Singh was, “Thou shalt insist on intra-party democracy in the Congress, and on open, transparent elections for all posts. If you do so, the Gandhi family will sack you. But it will be socially responsible, no?”

Arguments can be put forward both for and against legally-mandated CSR in a socially and economically unequal developing country. However, there is no justification at all for making non-adherence to such a law a criminal offence. There is, however, another problem with recent CSR funding. Critics have been complaining that companies have come under political pressure to donate to one or the other NGO, affiliated to the political party in power, as also to avoid donating to designated others. Such partisan political interference in CSR is unwarranted and will give a bad name to a good cause.