China’s economy is slowing down. Its growing power and influence are being challenged not just by Donald Trump’s America, but by the common people of Hong Kong. Under growing pressure from China, the Taiwanese are becoming restive. Many among the leadership of China’s closest ally, Pakistan, are having second thoughts on the economics of the China-Pakistan Economic Corridor (CPEC). Japan is angry with South Korea. The Koreans fired shots at jets flying close to its waters as part of a joint Russia-China air force exercise. Members of the Association of South East Asian Nations (ASEAN) want to ink a regional trade agreement; they are worried about the fallout of a US-China trade war and China’s slowdown. But, India remains wary. The US’s plan to pull out of Afghanistan is contributing to growing unease between India and Pakistan. Kashmir has become a hot spot, the Indian economy is dealing with a crisis of confidence and the government is fiscally constrained.

Taking all these independent developments together, western analysts are already declaring the end of the ‘Asian Century’. Will Asia cross its many geopolitical and geo-economic fault lines to produce rates of development witnessed over the past half century and make the rest of this century Asian? As Asia enters the third decade of the 21st century, that is the question over which many western analysts are salivating. 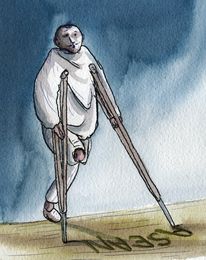 From 1970 to 2000, the rise of east Asian economies, in a flying geese formation—led by Japan and followed by the so-called ‘Asian Tigers’ of Taiwan, Hong Kong, Singapore and South Korea—defined the rise of Asia. As the new century dawned, the mighty continental China got on to the east Asian bus. Within a decade and a half, China increased its GDP 10 times from over US$1 trillion in 2000 to over US$11 trillion in 2016.

In 2001, the Organisation of Economic Development and Cooperation (OECD), based in Paris, published historian Angus Maddison’s now famous statistical analysis of global economic growth over the past millennium, and showed how China and India together accounted for close to half of world income, with China’s share only marginally more than India’s, till the 17th century. Two centuries of European colonialism reduced the combined share of China and India in world income to less than 10 per cent by the middle of the 20th century. The second half of the 20th century saw the resurgence of China, India and much of east and southeast Asia.

Taken together, the combined growth experience of India and Asia to her east became the basis for the claim that the 21st century would be Asia’s century. Given that the Asia to India’s west is a mixed bag of resource-rich economies and crisis-ridden nations, the narrative about the Asian century focused only on the east.

A combination of demographic change, investment in human capability, development of new technologies and the sheer ingenuity of aspirational Asians will continue to drive Asia’s growth, through ups and downs. Paraphrasing Mark Twain, one can claim that reports of the death of the Asian century are highly exaggerated. What Asia needs, however, is wiser leadership and a willingness to bury the past to claim the future.