Grace and grit of Sheila Dikshit

In recent times, only Atal Bihari Vajpayee has been a recipient of such unalloyed praise and affection. Everyone loved Sheila Dikshit. It was not just because she reminded most people of their warm and cuddly grandmother, nor was it only because she always sported a gentle smile. Sheilaji, as most people referred to her, was a remarkable combination of grace, grit and charm. She was not just a popular political leader, but also a good administrator. By the end of her first term as chief minister of Delhi she had made her mark.

Sheilaji’s victory in the Delhi assembly elections of 1998 was a shot in the arm for a beleaguered Congress that was grappling with the challenge of losing power in 1996 and of the rise of the Bharatiya Janata Party across north India. Her reelection to office in 2003 made her a star. Commenting editorially on her political and administrative performance and promise in the Financial Express, I expressed the opinion at that time that Sheilaji had prime ministerial potential. She could one day lead the Congress back to power in New Delhi. 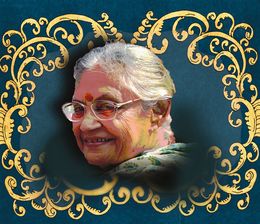 Dikshit was horrified by my editorial endorsement. “Do you want to finish me off?” she called to ask. “I am happy being chief minister of Delhi. Mr Baru, let me be. Please don’t get me into trouble with praise.” That attitude of so many provincial performers of the Congress has, over the years, left it bereft of national leaders. In 2004, the Congress did form a government at the Centre. Its prime minister and four top ministers—Manmohan Singh, Pranab Mukherjee, Shivraj Patil, P. Chidambaram and Natwar Singh—were all political lightweights in their respective provinces.

Reflecting on this fact I had once said to Sheilaji that she should join the Manmohan Singh ministry. “Tell that to Dr Singh!” she told me, and laughed the suggestion away. When I then added, as an afterthought, that she should become home minister, replacing Patil who had become the target of much criticism even before the Mumbai 26/11 terror attacks, she retorted, rather uncharacteristically, “Why home? I think I will make a good finance minister!”

I conveyed a gist of that conversation back to the prime minister. He felt Sheilaji was needed in Delhi to stage the Commonwealth Games. Despite all the criticism that came her way, she held her own and, when the Games opened, the crowd at the opening ceremony heartily cheered Sheilaji even as it booed many of the other organisers. Sheilaji had firmly embedded herself in the hearts of every Delhiwala.

Every single obituary has made this point. Sheilaji was not just a charming, graceful, genial lady whom everyone loved, but she was a good administrator who had speeded up the capital city’s modernisation and infrastructure development. Few today make any reference at all to the charges of corruption levelled against her government. Most Indians are willing to live with a bit of corruption if they get a government that delivers. Of what use are honest governments that are uncaring and do not deliver development?

In retrospect, I still think my Financial Express editorial was right. Sheilaji was made of prime ministerial timbre. She ought to have moved up from being merely the ‘mayor’ of Delhi, which is what a Delhi chief minister is, to becoming India’s prime minister. The Congress would not be gasping for breath if it had allowed such locally popular leaders to make their mark nationally. But, that process ended in Indira Gandhi’s time. Why blame lesser mortals?