By seeking out the views of economists, business journalists and business leaders a fortnight before the presentation of the Union budget, Prime Minister Narendra Modi has done more than just take ownership of Finance Minister Nirmala Sitharaman’s first budget. All policy in this government in any case has the imprimatur of the prime minister. Given that the framework of the Union budget and of the government’s macroeconomic policy would already be in place, no one at that meeting would have been under the illusion that they were actually shaping policy. They were at best clarifying the PM’s mind, if it needed any such clarification.

The meeting was convened against the background of an avoidable controversy on India’s economic growth performance, created by former chief economic adviser to the government of India, Arvind Subramanian. His charge that there was considerable overestimation of growth in the past is an implicit criticism of the first Modi government’s economic performance and policies. While more competent econometricians have questioned Subramanian’s methodology and conclusion, the fact remains that Subramanian did strike a chord with many who have felt that Modi did not pay much attention to the economy in his first term. Coming as it does from a former senior official of the Modi government who is presently affiliated to Harvard University, Subramanian’s criticism would have many takers at home and abroad. 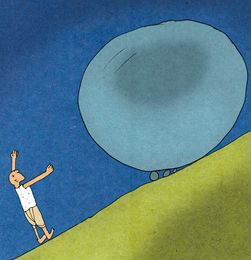 It may well be the case that Modi himself agrees with the assessment that the economy did not get its due in his first term. He may agree with the critics of his demonetisation decision, except that he would perhaps still defend it on political grounds, since it was essentially a political move. Modi’s view could well be that his two priorities in his first term were, first, to get elected to a second term and, second, to establish himself as the only national leader of any consequence, recognised as such by the voter and by the world. He has achieved both objectives.

Many psephologists would support Modi if he had felt that economic growth does not deliver electoral rewards as much as low inflation does. He ensured low inflation and built a campaign around non-economic issues and secured his second term. Having ensured his political hegemony, Modi has perhaps decided that he should now focus on growth and development. Hence the meeting with economists and businessmen.

In many ways, this is what the so-called Gujarat model was about. In Gujarat, too, Modi’s first term was focused on ensuring his political survival and dominance. Once he achieved that, he focused on development. Consider the fact that few around the country credited chief minister Modi with any attempt to further Gujarat’s development in his first term in office. Rather, the focus was all on his alleged misgovernance after the incident at Godhra. Chief minister Modi’s focus, however, was on ensuring a second term in office and the establishment of his unquestioned political hegemony over Gujarat. Modi’s national reputation for good governance came into focus the day Ratan Tata moved his automobile factory from West Bengal to Gujarat. That happened in October 2008.

If the ‘national Modi model’, so to speak, has to play out like Modi’s Gujarat model, the prime minister has to ensure that the national economy returns to the 8.0 per cent per annum trajectory of growth. This requires an increase in the savings and investment rates. So, one should expect from Sitharaman a budget policy that promotes both. Modi has raised expectations with his pre-budget policy statements. He and his finance minister cannot afford to falter and deflate those high expectations.