Chaturvedi's Challenges of Governance: Yet another insider's view

Speaking at a function launching his autobiography, One Life is Not Enough, former external affairs minister Natwar Singh generously confessed that he was encouraged to be more forthright in recollecting certain politically sensitive events in his life after reading my book, The Accidental Prime Minister. Thanks to more persons in public life penning their thoughts, we now have several interesting accounts of how governments are run. Such books are commonplace in western democracies, but in India it is a welcome new trend. However, political memoirs or biographies written with a pen dipped in rose water are mere hagiographies and make for boring reading. So it is always refreshing when one comes across a book that pulls no punches. A new addition to this genre of forthrightness is former Union cabinet secretary B.K. Chaturvedi’s soon-to-be published book, Challenges of Governance: An Insider’s View.

“It is important that civil servants write about their work and the manner in which they met the challenges. This is the material from which learning evolves,” says Chaturvedi. In a brief first chapter he recalls his tenure as a district magistrate in Uttar Pradesh and an official of the state government. Chaturvedi devotes the rest of the book to his tenure in the Union government, that was capped by his being named cabinet secretary by Manmohan Singh in June 2004. 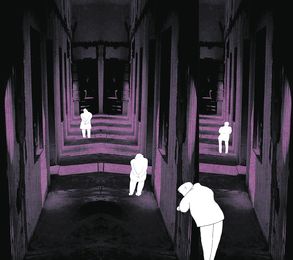 Chaturvedi’s observations on the functioning of the United Progressive Alliance (UPA) government, based on what he saw from his high perch at the head of the Union government, confirm all that is by now widely known about the distribution of power between the head of the government and the head of the ruling political alliance. As a traditional civil servant who believed in the principle that government officials should only deal with politicians in ministerial office and not with those outside the government, Chatuvedi says he hesitated seeking an appointment with UPA chairperson Sonia Gandhi. But then, as chairperson of the National Advisory Council, she had acquired for herself an advisory role with cabinet rank and so Chaturvedi felt he should call on her. The meeting was arranged for him by Pulok Chatterji, a joint secretary in the prime minister’s office who had worked for many years with Sonia Gandhi.

Chaturvedi has serious reservations about the approach adopted by Vinod Rai, the then comptroller and auditor-general of India in his report on 2G telecom licences. “Dishonest acts, given the large-scale corruption in our society, need to be identified and punished,” says Chaturvedi. “But one must clearly identify the corruption flowing from abuse of office for private gains, as is the globally accepted approach. The report of the CAG has led to the start of a judicial process where ordinary administrative decisions, if falling foul of prescribed guidelines, have been treated as criminal acts. This has weakened the ability of civil servants to take risks and focus on achieving results for the benefit of the people, and has adversely impacted day-to-day governance.” That is also a strong indictment of judicial activism and interference in the normal functioning of the executive.

Observing the functioning of the PMO from his room down the South Sunken Road of the Rashtrapati Bhavan, Chaturvedi says the institution of the national security advisor, located within the PMO, requires a relook. Apart from the fact that no one person can be overall in-charge of internal and external security, Chaturvedi seeks the restoration of the primacy of the cabinet secretariat. Chaturvedi could have written much more, but even this slim volume is worth reading.