With the singular exception of Karnataka’s H.D. Deve Gowda no chief minister made it directly to the prime minister’s post till Narendra Modi in 2014. No chief minister figured in the speculation that went on in the 1960s in response to the famous question “After Nehru who?” Indira Gandhi answered the question “After Indira who?” by ensuring, to quote P.V. Narasimha Rao’s apt remark in his fictitious autobiography The Insider, that the “party became a proprietorship”. Prime ministers like Lal Bahadur Shastri, Morarji Desai, V.P. Singh, Rao, I.K. Gujral, Atal Bihari Vajpayee and even Manmohan Singh had all been senior cabinet ministers in the Union government and saw themselves as qualified to be considered for the job.

Modi broke the mould by challenging his own party’s ‘national’ leadership. It is a comment on the paucity of talent at the national level among all national parties that so many of today’s chief ministers now regard themselves as potential prime ministers. Sure, Rahul Gandhi is an exception to the rule, but that is only because his party had long become a family proprietorship and other national leaders in it have long given up the hope of challenging the party’s first family. 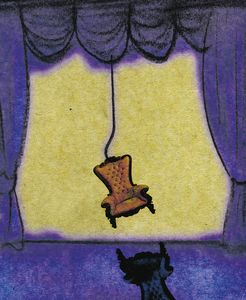 It is unfortunate that both national parties, the Sonia Congress and the Bharatiya Janata Party have not offered adequate space for senior cabinet ministers to acquire the required national profile for the electorate to view them as potential prime ministers. In the Congress, after Pranab Mukherjee’s elevation as president, there is no one who has been able to acquire the required stature to make a pitch. In the BJP, Modi has ensured adequate distance between himself and his other colleagues. Only Home Minister Rajnath Singh and Minister of Road Transport and Highways Nitin Gadkari are viewed as having prime ministerial qualifications. Singh’s portfolio places him on New Delhi’s Raisina Hill, but Gadkari has been kept at a distance.

It is because of this vacuum that popular chief ministers from a clutch of states have entered the fray. They have become the new pool of talent for a potential prime minister. West Bengal Chief Minister Mamata Banerjee, Andhra Pradesh Chief Minister N. Chandrababu Naidu and Telangana Chief Minister K. Chandrashekhar Rao and former Uttar Pradesh chief minister Mayawati would hope to do a Modi in 2019. Modi had a national party to back him, and that made all the difference. None of the regional leaders are as yet willing to accept Rahul Gandhi as their prime minister, even though he heads a national party.

What of the BJP? Suppose it has the numbers to back a third front of its own, would it opt for a Deve Gowda model by backing a friendly chief minister? Who would that be? Chandrashekhar Rao? Naveen Patnaik? Perhaps Mayawati?

Is there a wild card a la Manmohan Singh waiting in the wings? Pranab Mukherjee maybe! Indian politics is entering an interesting phase.