It was amusing to hear Sonia Gandhi rail against family rule in Telangana. The idea of ‘dynastic succession’ in Indian politics goes all the way back to 1928, when Motilal Nehru prevailed on Mahatma Gandhi to name Jawaharlal as the former’s successor as Congress president. Jawaharlal’s mother, Swaruprani, went into ecstasy and declared it “a king passing on the sceptre of the throne to his logical successor”.

Even in 1966, when Indira Gandhi became prime minister, there was no other political party in which the idea of dynastic succession had taken root. Indeed, even in 1980, when Sanjay Gandhi became the party’s de facto number two, the present dynasties in other political parties—the DMK, the Samajwadi Party, the Telugu Desam Party, and so on—had not come into being. Today, with the notable exception of the Bharatiya Janata Party and the communist parties, most political parties are dominated by the leader’s family. 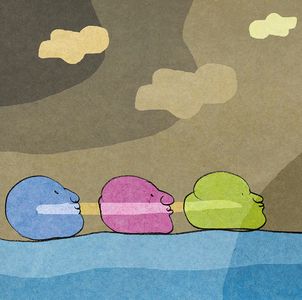 The question that then becomes relevant is whether the next generation has lived up to the promise of the previous one. Indira Gandhi certainly did. Indeed, she surpassed Nehru on many fronts. Rajiv Gandhi failed to do so. Sonia took her party to power in 2004, but Rahul is yet to make his mark.

What of Telangana? The fact is that, in many ways, the next generation has proven to be better than the previous one. Though K. Chandrasekhar Rao succeeded in securing the establishment of Telangana, the credit for running a reasonably competent government should go to his son K.T. Rama Rao and nephew T. Harish Rao. Whatever anti-incumbency is there in the state is largely because of KCR’s style of functioning. Whatever support there is for the government is because of the good work done by his lieutenants.

KCR’s biggest achievement in the past four and a half years has been to reassure all citizens in and around Hyderabad, Secunderabad and Cyberabad, and ensure the sustained development of the metropolis as a centre of business and culture. Be it a farmer in Nizamabad or the resident of Hyderabad’s upmarket Banjara Hills, there is universal appreciation for the fact that the KCR government has ensured supply of water and power.

What of Sonia’s claim that she was the architect of Telangana? The Congress was in two minds on the Telangana question from the very beginning. What seems to have encouraged the party’s so-called high command in Delhi to keep the separatist pot boiling was its concern with the manner in which Andhra Pradesh chief minister Y.S. Rajashekhar Reddy had consolidated his position, paying scant attention to the durbaris of Lutyens’ Delhi. It was partly to weaken YSR’s control over the Congress’s state unit that Telangana dissidence was encouraged. This was a straight copy of Indira Gandhi’s response to the separatist agitation in 1969, when she used Telangana leaders to cut Andhra’s Kasu Brahmananda Reddy and Rayalaseema’s Neelam Sanjiva Reddy to size. She succeeded with the help of Telangana’s Marri Chenna Reddy.

After YSR’s impressive second victory in 2009, he managed to virtually silence the demand for a separate state. The high command once again encouraged the revival of the demand, to keep YSR on a tight leash. But YSR’s unexpected death gave KCR and the Telangana agitation a boost that the Congress could not then control. Fearful of losing power in both Andhra Pradesh and Telangana, the Congress chose bifurcation in the hope that it would at least get to keep Telangana. The rest is history.