For saving his salary, an adviser-level officer in the Union ministry of environment, forest and climate change is bearing the entire weight of the Western Ghats, with its 77 high peaks, more than one lakh square kilometres and valleys. The figures in his monthly salary are pygmyish compared with the physical numbers of the ghats. But the National Green Tribunal has said the adviser dealing with the ecological sensitive zone would not get a rupee if the government does not implement the K. Kasturirangan committee report on declaring a large portion of the ghats as a silent zone.

The tribunal’s order, passed on September 28, has given the official less than five months to convince the governments of Gujarat, Maharashtra, Goa, Karnataka, Kerala and Tamil Nadu that they should agree to final notification of 56,825 square kilometres of the ghats—of which Karnataka has the most (20,669 sqkm) and Gujarat has the least (449 sqkm). But the states together want at least 6,386 sqkm saved for development activities. Maharashtra has tried to balance its stance by saying that 2,570 sqkm in the state should be excluded, but an unlisted area of 1,740 sqkm can be added.

The tribunal, headed by retired Supreme Court judge A.K. Goel, has held that the Union government cannot alter the contours without the tribunal’s orders. It has also held onto a very optimistic undertaking given by the adviser at a hearing that the notification would be issued in March this year—by which time Covid-19 began spreading its tentacles even in the sparsely populated Western Ghats. 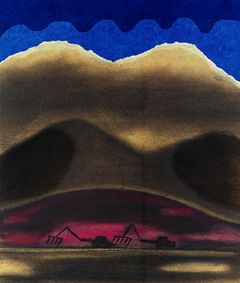 The tribunal’s ultimatum shows the limits of its power, as the Western Ghats issue is beyond the power of any single official or a group of officials. Political leaderships both at the Centre and in the six states have to hammer out a solution to the issue which is deeply entangled with conservation and development, as well as crores of lives. There is an urgent cry to save the fragile Western Ghats which are getting denuded by logging, industries, agriculture and urbanisation. On the other hand, there is intense pressure from residents that their right to livelihood, agriculture and industry should not be curtailed.

Union Environment Minister Prakash Javadekar has tried to bring the states together to agree for a broad consensus, but the BJP-ruled Karnataka itself has demanded that the draft notification should be annulled, which the Centre does not agree with. Javadekar has also not been able to get an election-free window, and the calendar is crowded in the next four years. Kerala and Tamil Nadu assemblies go to the polls next year, Goa and Gujarat in 2022, and Karnataka in 2023. There will be both Lok Sabha and Maharashtra polls in 2024.

Some experts have suggested that the government should try to notify areas on which there is agreement between the Kasturirangan committee and the states, while more discussions can be held on contentious areas. But other experts say that a piecemeal approach would leave the disputed areas permanently out of the ecological sensitive zone, as more political pressure will be applied to retain human activities there.

Meanwhile, the salary stoppage threat may not work, as courts have ruled that the salary committed to an employee is sacrosanct, and even when an official is suspended, he/she gets half the salary as subsistence allowance. The tribunal may have to wield other sticks to prod the recalcitrant governments to move forward on the very important issue of conservation of the Western Ghats when the matter comes up in January 2021.