When External Affairs Minister S. Jaishankar made a virtual address to the US-sponsored multinational convention on Afghanistan in Doha recently, India crossed a self-imposed red line. The convention attended by representatives of many countries had nominees of the Afghanistan government and the Taliban. Two decades after the Atal Bihari Vajpayee government decided not to have dealings with the Taliban, in the wake of its support to the hijackers of the Indian Airlines flight 814, New Delhi has boldly altered its anathema list of governments and entities. The message is that India does not mind the Taliban in the Afghan tent, as long as the elected Afghan government is also there.

Even while dealing with China’s transgression on the border, Jaishankar has found time to promote the new vision of Indian foreign policy through his new book based on his long experience as a diplomat. He has indicated that it is time for India to respond quickly to changes in global power. He wants to abandon the old black-and-white perception of foreign policy where friends and non-friends were clearly identified, and policies remained immutable. 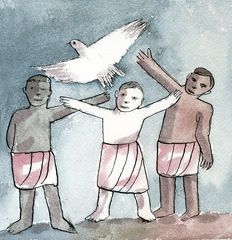 The alternative is either grey or technicolor, depending on one’s pessimism or optimism. But, India has agreed with interlocutors like the US, Qatar and the European Union that the talks between the Afghanistan government and the Taliban should be given a chance, while keeping an eye on Pakistan’s puppeteering of the Taliban through the integration of the dreaded Haqqani Network into its leadership.

The foreign ministry also feels the participation is a necessary recognition of India, which had been left out of earlier conferences on Afghanistan during the 18-year war by the US. Pakistan had always tried to circumscribe India’s role in its western neighbour. The US has its own objectives now—ensure Indian security participation and use India to bring out the erstwhile northern alliance groups opposed to the Taliban.

India’s red line has evolved since independence because of the hostility of certain governments and entities or because of India’s own ideological impulses. The government did not recognise or deal with countries which practised aparthied like South Africa and Rhodesia (now Zimbabwe), rather supporting leaders like Nelson Mandela and Robert Mugabe who led movements to liberate those countries. The Pakistan army and its offspring, the Inter-Services Intelligence, which are accused of sponsoring terrorism, have been anathema. After initial support to the Liberation Tigers of Tamil Eelam in Sri Lanka, the government has shunned the LTTE ever since the assassination of former prime minister Rajiv Gandhi in 1991. Specific issues like Khalistani activism (Canada), non-extradition of Purulia bomb drop convict Kim Davey (Denmark), opposition to the scrapping of Article 370 (Turkey) and non-extradition of wanted preacher Zakir Naik (Malaysia) have put countries on the negative list, too. Portugal, which for long was avoided after the liberation of Goa, is now an enthusiastic India supporter in Europe.

Israel was on the no-go list because of India’s strong support for the Palestinian cause. It was given diplomatic recognition by the Narasimha Rao government after the Cold War ended, and in turn helped to soften American sanctions after the Pokhran nuclear tests in 1998. The wisdom in the government is that alterations to the red line, like taking Israel off the negative list, have been helpful in many ways. If talking to the Taliban is a departure from past policy, the self-imposed restraint not to displease China can also be reworked, if Beijing does not relent on the Line of Actual Control.