Bhagat Singh Koshyari is a man who loves to take his time. Or, as critics say, the Maharashtra governor waits patiently for a word from Delhi while dealing with Constitutional issues, especially if they are unfavourable to the BJP. But when the signal comes, he acts with lightning speed, as was evident when he swore Devendra Fadnavis and Ajit Pawar as chief minister and deputy chief minister in November last year. 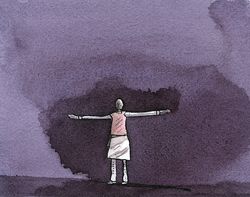 Under the Constitution, a chief minister or a minister has to get into the legislature within six months of taking oath. The chief minister of Maharashtra had not contested in the election, but his plan to get elected to the legislative council on March 26 got derailed as the Election Commission postponed polls due to the pandemic. So, instead of Thackeray, it was Pawar who presided over the cabinet meeting which noted Thackeray’s eligibility to be nominated. Thackeray was advised to stay away as it would amount to conflict of interest. The Constitution says the 12 nominated MLCs should be experts in literature, science, arts, co-operative movement and social service. The cabinet noted Thackeray excelled in arts, as he is a wildlife photographer and does social service as head of the Shiv Sena.

Governors use their powers to scrutinise cabinet recommendations when they are on opposite poles. This is not the first time a chief minister was nominated. It happened two years after the Constitution was adopted, in 1952, when the governor of the erstwhile Madras State nominated C. Rajagopalachari as chief minister to the legislative council to fulfil his Constitutional obligation. Informally, the ruling alliance of Shiv Sena-NCP-Congress has conveyed that, if necessary, Thackeray would get elected through an election.

But there is a definite timeline hitch as the governor’s nod is sought for a vacancy in the nomination category, which expires on June 6. Some experts argue that since nominations for four slots had been made on June 5, 2014, the governor cannot nominate Thackeray for a very short term, which is less than a year. They argue that Koshyari, if he wants to nominate Thackeray, can make the order effective from June 6. But the CM can save his chair only if he is nominated at least on May 27. The state government’s legal eagles say the six year term starts on the day of nomination, as is the case with eminent persons picked for membership of Rajya Sabha.

Some local leaders have suggested that if Koshyari declines to nominate Thackeray before May 27, the alliance could re-elect Thackeray and ask him to be sworn in again, or choose a Shiv Sena member to be the stopgap CM. The first option runs into a problem because the re-swearing in of Thackeray would mean that the two terms would be seen as continuous, and it would fall foul of the Tej Pratap Singh judgement of the Supreme Court. Singh had become a minister in Punjab and could not get elected to assembly within six months. He resigned and was made a minister again. Five years later, the apex court ruled that the ministership without legislature membership beyond six months was invalid and unconstitutional.

If it is the second option, Thackeray could appoint either his son Aditya or senior Shiv Sena minister Eknath Shinde as stopgap CM. He would be following the precedent of his father and Shiv Sena founder Bal Thackeray, who never occupied the CM’s chair but ruled through proxies. Bal Thackeray famously said the remote control was with him. But for now it is Koshyari who holds the button.