Former Congress treasurer Motilal Vora shared an interesting anecdote in his farewell speech in the Rajya Sabha a day before the lockdown was announced. When he was governor of Uttar Pradesh during the president’s rule in 1993, he got a desperate call from then Lucknow MP Atal Bihari Vajpayee. The future prime minister said that an important road in the state capital was in bad condition and that three chief ministers, including Kalyan Singh of Vajpayee’s own BJP, had not got it repaired. Vajpayee, a bachelor, had quipped that no young husband risked taking his pregnant wife on the road. Vora got the road repaired quickly.

Vajpayee had been upset that he could not sanction a road repair even though he was the leader of opposition in the Lok Sabha. Hundreds of MPs in the Tenth Lok Sabha shared this feeling and in 1993 they asked a weakened prime minister P.V. Narasimha Rao to give them some financial powers. A key mover was Mamata Banerjee who could not get a tree planted in communist-ruled West Bengal. Lok Sabha speaker Shivraj Patil strongly supported the move. The CPI(M) opposed it and so did then finance minister Manmohan Singh. The bureaucracy argued it would be a waste of money and would lead to corruption. But Rao knew his survival depended on the MPs and the speaker every time there was a vote in Parliament. After consulting a supportive Vajpayee, he launched the MP Local Area Development Fund, allotting 05 lakh per year to each MP. 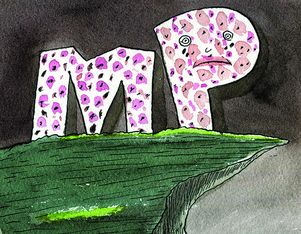 It was continued by all Rao’s successors, including Singh. Over the years, the fund grew to Rs5 crore per year and the scope of projects widened. Over Rs50,000 crore has been spent under the scheme. Lok Sabha members had to spend the funds in their constituencies and Rajya Sabha members had to spend it in states from where they were elected. Nominated members of both houses could use their funds anywhere in the country. A survey found that nearly half the funds went to “roadways, railways, pathways and bridges” where boards would proclaim the munificence of the MP. Some funds were released to help societies and trusts run by influential castes and for religious works to woo vote banks. However, the fund also facilitated laboratories in IITs, dialysis and chemotherapy units in government hospitals and school classrooms.

Successive ministers for programme implementation have expanded the scheme and ensured that balance funds could be used by successor MPs. Buoyed by the Central scheme, MLAs, corporators and councillors got their own development funds. Now, Narendra Modi, a prime minister who does not depend on MPs for his power, has suspended the scheme for two years to save funds for the battle against Covid-19. There have been howls of protests from opposition parties which have demanded reconsideration of the decision as there was no assurance that the amounts forfeited by MPs would be put to use in their constituencies. Ruling party MPs have stoically accepted the decision, with one of them noting that “coronomics” will demand sacrifices. MPs who are not from the parties ruling their states—a majority in states like Kerala, Rajasthan, Tamil Nadu, Chhattisgarh and Jharkhand—feel that the suspension of the scheme weakens their ability to get things done in their constituencies. Some MPs are happy because there was too much competition among supporters for these funds, not to mention recalcitrant bureaucrats. For now, the scheme is in limbo. But once normalcy resumes, there may be a clamour for its restoration.