S. Suresh Kumar has been an innovative minister in Karnataka. In charge of the education portfolio now, the BJP leader has launched an initiative in which he picks a primary school in a remote location to spend the night. It is not just for slumbering on a mat, but to send multiple messages. For instance, in Gopinatham village, once haunted by poacher Veerappan, Kumar spent the evening talking to parents of children who walk miles through forest and scrub to reach the school.

Critics sneer that the minister has the media in tow to publicise the night stays, but Kumar feels he is sending out a message to his department that he can walk into any school in the state. More than a decade ago, newly-elected chief minister H.D. Kumaraswamy would spend one night in a rural home every month to get a feel of village life. 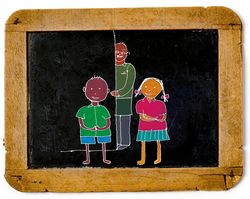 As Kumar’s visit is announced in advance, officials “prepare” the school as well as the villagers to ensure that the stay is a success. Arrangements are made to ensure that there will be food and other necessities, including hot water. Health department teams will do the sanitisation discreetly, like it happens whenever a VIP moves out of his comfort zone. Sarojini Naidu had once said that a lot of money was spent to ensure that Mahatma Gandhi travelled in third class railway compartments along with the poor. When Prime Minister Narendra Modi spent a night in a cave in Kedarnath, the Centre and state governments deployed resources to ensure that the well-publicised stay went off without a hitch.

Kumar’s initiative brings focus on the school and ensures that its basic amenities are improved, and the work of the teachers is monitored. One of Kumar’s predecessors H. Vishwanath (who was in S.M. Krishna’s cabinet) used to visit villages unexpectedly during school hours. In one school, he saw a teacher asking a seven-year-old boy to remove his shirt and wipe the blackboard. Vishwanath was astounded that schools got money to buy chalk, but not dusters. He ordered that all schools should get sundry allowance so that no student had to take off his shirt in pursuit of knowledge. Similarly, Kumar’s night stays should help in bringing about statewide improvement. But, as no minister can visit even one per cent of the total number of schools, what he needs to do is to ensure that his department officials, inspectors and teachers take care of systematic improvement of facilities and methods of instruction.

While schools and colleges are asleep at night, university campuses are abuzz even after sunset because of the hostels and the libraries that function round the clock. It is, however, doubtful whether Union Education Minister Ramesh Pokhriyal would like to spend a night in the hostels of institutions like Jawaharlal Nehru University, Aligarh Muslim University or the University of Hyderabad which have been witnessing confrontations over fee hikes and other issues. Unlike schoolchildren, the very adult students of these universities belong to student unions which are politicised. Pokhriyal had a taste of student politics when he was gheraoed during an event in JNU and the administration could ensure his safe exit only with great difficulty.

Following Kumar’s logic, it may be a good idea for health ministers to spend a night awake in small government hospitals and see the kind of emergencies that are handled. But most ministers will not be able to follow Kumar. For instance, ministers in charge of the home portfolio are unlikely to enjoy a night’s stay in prisons or police stations with their dangerous inmates!