The suicide of coffee tycoon V.G. Siddhartha has once again put the focus on Narendra Modi’s five-year battle against black money. The first decision of the Modi cabinet in 2014 was to constitute a special investigation team of retired Supreme Court judges and tax officials to unearth black money in India and abroad.

Spurred by the anger against the UPA for its corruption and crony capitalism, there was public resonance as the crackdown focused on politicians from the Congress and its alliance parties, and the companies which were supported by the UPA regime. Catching tax evaders became the focus of both income tax and enforcement departments under the finance ministry, but they were increasingly reporting to the prime minister’s office. 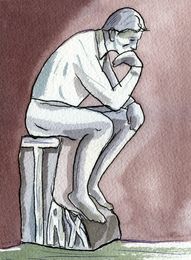 The Enforcement Directorate, which had earlier operated quietly, became more visible than the CBI. Intra-agency cooperation improved under Modi, for pooling of information and leads. There were more whistleblowers, too. As opposition figures like P. Chidambaram were probed, it was alleged that ICE (Income Tax; CBI; Enforcement Directorate) treatment was being selectively applied.

But as filing of voluntary returns, raids, scrutinies and prosecutions increased, the government declared that compliance to the nation’s laws had increased. The enforcement teams across the country stretched the definition of money laundering to net many big and small industries, sometimes through their chartered accountants. The regulatory arms enjoyed more freedom. But there were more and more murmurs that tax terrorism was increasing, even by those who had supported Modi’s aggressive policies.

The whispering in corporate circles was that the economic agencies were not balanced in their approach, but were using pressure tactics to get confessions of tax evasion and money laundering, as in the case of Siddhartha. While the founder of Cafe Coffee Day took the extreme step, many other individuals and companies are fighting the notices, locking up lots of potential revenue in tribunals and courts. More than 05 lakh crore demand for tax is locked up in litigation.

Lawyers are also noting that the government’s prosecution philosophy, which was more focused on crimes against individuals, has now moved to economic offences. Interestingly, the NDA government’s trust in income tax officers is high as more senior Indian Revenue Service officers are being chosen for non-tax jobs in the government than in previous governments.

When the government used the recommendations of economist-author Bibek Debroy (later appointed chairman of the economic advisory council) to scrap hundreds of redundant and restrictive laws from the British and licence-permit raj eras, it was seen as giving emphasis to the principle of minimum government, maximum governance. But over the last four years, critics say, there is a strong push by the bureaucracy and single-issue-focus NGOs to increase the scale and scope of government monitoring by bringing new legal provisions.

The latest budget session saw many bills being passed, including specific provisions in the budget which have added more restrictions and increased penalties for tax non-compliance. But the government feels there is more gain in its rigorous push for higher compliance and that the pain is a self-inflicted one. But the last word can only be said after seeing how the structural slowdown of the economy gets addressed by both government and industry.