Whose dam is it anyway?

Gajendra Singh Shekhawat is in a far luckier place than his predecessors who had handled the water resources ministry at the Centre. The ministry has been renamed jal shakti, encompassing some other departments dealing with water delivery to both rural and urban residents. Shekhawat, a live wire BJP politician from Rajasthan, is also clearing the decks for passage of the all-encompassing dam safety law, which was first proposed by the Manmohan Singh government in the wake of a dispute over safety of dams, particularly the Mullaperiyar dam in Kerala.

Though it is in Kerala, the Mullaperiyar dam is maintained and operated on a long lease by Tamil Nadu. When Tamil Nadu wanted to increase the height of the dam, Kerala had raised serious objections about the safety of the century-old dam. As the dispute meandered through the Supreme Court, heightening passions, the Central Water Commission came up with the idea of a dam safety authority controlled by the Centre. But states have objected saying that unless a dam is executed by the Centre, dam construction, maintenance and safety comes under the control of the concerned states. 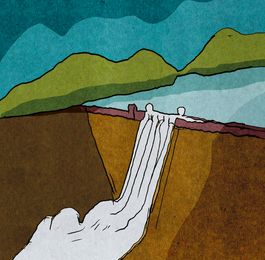 The bill was first introduced in 2010 by the UPA-II government, but many opposed it. The bill went to a parliamentary standing committee, which heard the concerns of the state governments and activists and suggested changes. By then, the bill became a victim of the overall policy paralysis that affected the last years of the Manmohan Singh rule, and could not be taken up in Parliament. Narendra Modi, who had articulated the principle of cooperative federalism as the basis for his government, could not make much headway as his first water resources minister, Uma Bharati, was not aggressive enough. Only when water resources was assigned to Nitin Gadkari in 2017, was the bill fast-tracked, persuading the cabinet to incorporate the major recommendations of the parliamentary committee. Finally, when the bill came to Parliament in December 2018, elections were round the corner.

Now, the bill is part of the unfinished agenda of the government. Shekhawat admits that over 90 per cent of the 5,300 big dams in the country are built on inter-state rivers, where there are agreements and tribunal verdicts on the height and capacity of the dam. But nearly 300 of them are more than a century old, while another 1,000 were built before the 1970s. Though most of the riverine states have a large pool of engineers specialising in dams, there has to be a standardisation on safety aspects, and whenever a state is not able to ensure safety of a dam, it should be taken over by the Centre for maintenance. Shekhawat says the new law can prevent disasters caused by dam failures. But states that have long running differences over sharing of river waters are afraid that the Centre would take over the entire river valley management and do injustice to them. They are also worried about the political colour of governments at the Centre or in the neighbouring states.

Interestingly, in the debate on whether water resources comes under Central, state or concurrent list, solicitor general Tushar Mehta has given an opinion to the government that Parliament has the right to legislate. There has been a flood of federal and political emotion in Parliament about the right of states and Centre, which no dam can contain. But given the fact that the BJP has managed to get bills passed in both houses of Parliament and the NDA controls a majority of state governments, the battle over who inspects dams may move to the court for a final settlement of the law.