Modi and his penchant for springing surprises

Narendra Modi has a penchant for surprises and the selection of Om Birla as the Lok Sabha speaker was the most recent one. The choice of the Lok Sabha backbencher, currently only in his second term as MP, caused eyebrows to be raised among his partymen and the media. But, many thought it was in line with the prime minister’s thinking that no speculation ever covers the entire spectrum. The prime minister has pulled rank outsiders out of his hat during the last five years. In 2017, very few people had suspected that then Bihar governor Ram Nath Kovind would be the next president, as there were more visible and senior names from within the BJP pantheon. Same was the case with the choice of S. Jaishankar as external affairs minister, though many foreign policy observers thought that the post-retirement Padma Shri was an indicator that Modi had high regard for his one-time foreign secretary. 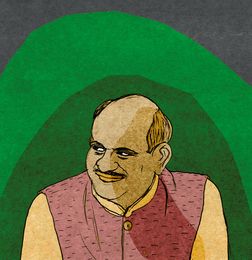 Birla, the energetic second-rung party leader, too, has pipped several seniors with longer parliamentary experience. A similar surprise was sprung in 1998 by Telugu Desam leader N. Chandrababu Naidu, when prime minister Atal Bihari Vajpayee offered the speakership to the regional party. Just a few minutes before the deadline for nominations, Naidu sent the name of G.M.C. Balayogi, prompting Vajpayee and other BJP leaders to ask, “Who is Balayogi?” It was the second Lok Sabha term for the affable politician, who became speaker again in 1999 but died in a helicopter crash in 2002. Normally, the speaker’s chair is offered to senior leaders of the ruling party who cannot be accommodated in the cabinet. That is how stalwarts like N. Sanjiva Reddy, Balram Jakhar, Rabi Ray, Shivraj Patil and Meira Kumar became presiding officers. At the start of his first term, Modi nominated Sumitra Mahajan, a senior BJP parliamentarian, as speaker, but she was denied ticket this time, having crossed the age limit of 75 years. However, coalition compulsions have resulted in members of parties not in government being offered speakership, as in the case of P.A. Sangma, when the Congress gave outside support to the United Front in 1996, and of Somnath Chatterjee, whose CPI(M) gave similar support to the United Progressive Alliance in 2004.

But, this time, Modi was in a mood to go for a younger and less prominent face, as he was confident that the big majority of the National Democratic Alliance would make it easy for a speaker with less parliamentary experience. Even Parliamentary Affairs Minister Pralhad Joshi is in his first ministerial stint, though this is his fourth term in the Lok Sabha. Modi has shown the same penchant for surprise names while choosing some of the BJP chief ministers. Manohar Lal Khattar was not the frontrunner in Haryana, nor was Yogi Adityanath in Uttar Pradesh. In the Lok Sabha elections, the BJP changed candidates in 99 constituencies that it had won in 2014, which included vacancies due to death and retirements, and plain denial of tickets to sitting MPs. There has been less experimentation in the higher bureaucracy, as the top officials in the Prime Minister’s Office, cabinet secretariat and major ministries were selected on the basis of their seniority and experience, and have got newer terms.

However, on the organisational side, Modi has not gone for a fresh face. Veteran party office-bearer J.P. Nadda is working president under Amit Shah until the organisational elections. But, Nadda himself can be on trial when the time comes to choose a full-time successor for Shah later in the year.