Local BJP leaders in opposition-ruled states, where the BJP performed very well in the Lok Sabha polls, have become hyper and even proceeded with plans for toppling chief ministers in at least three states. But, a command to go slow has been issued by party president and Home Minister Amit Shah, in consultation with Prime Minister Narendra Modi. The leaders, who were backed by central office-bearers assigned to their states, had contacted fence-sitting MLAs in Bengal, Karnataka, Madhya Pradesh and Delhi. They were guided by the strong attacks made by Modi and Shah during the abrasive campaigning against chief ministers like Mamata Banerjee of Bengal, H.D. Kumaraswamy of Karnataka and Delhi’s Arvind Kejriwal. The two leaders had even said that many opposition MLAs were ready to switch sides. The chief ministers, however, had rebutted strongly.

Egged on by the party’s aggressive national general secretary Kailash Vijayvargiya and Trinamool turncoat Mukul Roy, the BJP had planned to parade a defector from Mamata’s camp every day in Delhi. But, as Roy, who was once Mamata’s number two, brought in Muslim MLAs with criminal charges, the RSS rang the alarm bells. The RSS, which had played an active role in mobilising the Hindu vote against Mamata’s Muslim outreach, was worried that the BJP was being converted into a Trinamool clone in many assembly constituencies. The RSS had no problem with the odd defector or two, but was vary of a flood of defectors, who had extracted promises that they would be given tickets to contest the next assembly elections. For a party that had expanded across the country both by organic and inorganic methods, there were murmurs that its ideology would get diluted and loyal workers who had built the party would be hurt by the massive influx of Trinamool and even Marxist leaders. 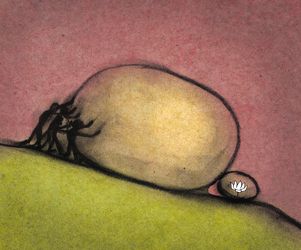 Similarly, in the national capital, where the Aam Aadmi Party has been a thorn in the flesh of the BJP, the sweep by BJP candidates made party managers work hard to contact AAP MLAs who were considered to be on the fence. Kejriwal had fielded defectors from the Congress and the BJP in the 2015 elections, which the AAP swept, reducing the BJP to three seats and the Congress to zero in the 70-member assembly. The toppling game was halted because the high command thought that it was better for an unpopular Kejriwal and his cabinet to remain in office for the early 2020 elections. Toppling him would mean more street theatrics from him and a martyr’s halo.

There were mixed signals in Karnataka from BJP stalwart B.S. Yeddyurappa, who is desperate to become chief minister. As he has already crossed 75 years, he is worried that the upper age limit will be used to deny him a final chance. He is in touch with half a dozen Congress legislators, who are upset that they were not included in the JD(S)-Congress cabinet. But, the six legislators would need to overcome the anti-defection law. Also, the local leadership backing Yeddyurappa was aghast when he told a questioner that the BJP was ready for fresh elections if Kumaraswamy’s government fell. This created panic among the defectors, who were worried they would be swept away in an election. By then, Kumaraswamy had attended Modi’s swearing-in ceremony. Amid all the confusion, Yeddyurappa was asked to go slow.

But, the ‘go slow’ order given to different units can be a temporary one, given the focused attention of both Modi and Shah to have a Congress-free India and to be relentless against state governments that are anti BJP. It is easy going on Naveen Patnaik of Odisha, K. Chandrashekar Rao of Telangana and Y.S. Jagan Mohan Reddy of Andhra Pradesh, whereas Amarinder Singh in Punjab, Pinarayi Vijayan in Kerala and V. Narayanasamy in Puducherry have comfortable majorities, with no deserters in sight!