Advisory bodies and special committees of the government thrive by drawing attention to themselves, especially via their reports on matters of governance and interventions in policy making. The most clamorous one during Narendra Modi’s first term has been the NITI Aayog, whose top minds have been aggressive and controversial in taking a stand on the need for a 180 degree turn in the government’s policies.

Its first vice-chairman, Arvind Panagariya, set the ball rolling, followed by his successor Rajiv Kumar, who has been even more controversial. During the 2019 Lok Sabha elections, Kumar’s criticism of the Congress manifesto became an issue before the Election Commission, but he got a clean chit. 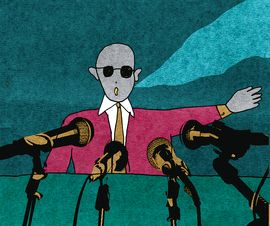 Another functionary in the limelight is the Chief Executive Officer Amitabh Kant, who brought both dynamism and evangelism into the post. He travelled across the country and also took to television screens to articulate his bold views on many policy matters, on which even cabinet ministers dreaded to utter a word, fearing the frown of the prime minister. But Modi liked that the NITI Aayog, the successor to the Nehruvian-era Planning Commission, was throwing up new ideas, even if it meant starting controversies—especially controversies which showed Congress governments in poor light.

Recently, as the election process was on, NITI Aayog member V.K. Saraswat jumped into a controversy when the anti-satellite missile was launched by ISRO. Saraswat, a former chief of Defence Research and Development Organisation, said that the UPA government had failed to permit A-SAT to be developed. But the previous national security adviser Shivshankar Menon refuted Saraswat’s indictment of the Manmohan Singh government.

However, two bodies of the government have been secretive, keeping their reports close to the chest. One of them is the special investigation team on black money, set up as the first decision of the Modi government in 2014. Its chairman is former Supreme Court judge Justice M.B. Shah and the vice chairman is another former apex court judge, Justice Arijit Pasayat. The SIT had given an exhaustive report in 2017, full of practical suggestions on unearthing black money, stashed both outside and inside the country. Its reports were given only to departments like income tax, enforcement, banking and company affairs with officials made to take oaths of secrecy.

Another committee which has kept its reports confidential is the prime minister’s economic advisory council headed by Bibek Debroy, a member of the NITI Aayog. The council has given more than a dozen reports to Modi on issues ranging from GST, consolidation of banks, reforms of Railways, demonetisation, export management and disinvestment of public sector companies.

Even though it has had part time members who are active in public discourse, the council has not drawn much attention to its work. The council had a big role in giving inputs for the Union government’s recommendations to the Finance Commission, but Debroy kept the council’s work under wraps. He disarmed questioners saying it was for the recipient of the reports—the prime minister—to reveal the details.

As Modi begins his second term, there could be continuity in the NITI Aayog and the Economic Advisory Council, while the SIT is a Supreme Court-monitored team. However, there is strong speculation that Kant and Debroy could get bigger responsibilities in Modi’s second term.