Handling dissent in corridors of power

Arora, known for his cryptic but meaningful comments, said that he would rely on the “eloquence of silence” to see the election process through. He conceded that the three commissioners cannot be clones of each other. Lavasa is keen that his dissent should not be buried and forgotten in keeping with the commission’s quarter-century convention that no dissent be made public. 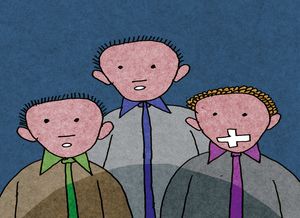 The commission, one of the premier institutions to maintain democracy in a free and fair manner, has, from the time it became a multi-member body, forgotten the dictum that the majority has its way but the minority should have its say. There is no point in airing disagreement within the four walls of a conference room and Lavasa has struck a blow for openness. The first commissioner to demand openness was the legal expert G.V.G. Krishnamurthy. A quarter century ago, he had argued that all deliberations should come into the public domain, unless it dealt with the security for conducting elections.

It was the same principle which made Jasti Chelameswar, the second most senior judge of the Supreme Court, stay away from meetings of the Collegium. He protested the opacity in a committee of the top five judges, led by the chief justice of India, and said there was no point if dissent was not recorded. Chelameswar’s nonparticipation made then chief justice Dipak Mishra and other senior judges relent, and release the decisions to the public. The proceedings are still not completely transparent, though the Modi government regularly leaks why it send back proposals for appointments and transfers of judges.

The Parliament allows dissent to be expressed and voted on, in a very noisy way. Yet speaker after speaker has refused permission to parliamentary committees set up to discuss budget allocations, new legislative measures and even breach of privilege of members and the houses, to make dissent public. These committees which meet in camera, are expected by convention to give reports by unanimity or, at least, consensus. When there is a tussle, many a times the reports are drafted and redrafted to achieve some sort of consensus. Several times, committee chairmen have refused to append dissent notes, and the dissident have made these notes public.

Similarly, dissent by ministers in cabinet is not made public because of the oath of secrecy taken by every prime minister, chief ministers and ministers. Though the prime minister has the power to appoint and remove ministers, in coalitions and in faction-ridden parties, it is not easily done. Since dissent cannot be officially made public, ministers leak what happened inside the cabinet room.

Dissident ministers, like Arjun Singh in the P.V. Narasimha Rao cabinet, wrote lengthy letters to Rao not only giving reasons why he dissented, but also making strong insinuations against the prime minister. Rao, who was said to keep silence in 10 languages, ignored the stream of letters. Another famous dissident who made his difference of opinion public was Morarji Desai in the Indira Gandhi cabinet. Later, he received the same treatment from Charan Singh. Lavasa, too, released his letters and spoke to the media, as the commission is not airing his dissent.