BJP joint general secretary B.L. Santhosh is no genealogist. An influential RSS export to the BJP, Santhosh had justified the choice of a young party activist for the BJP ticket from Bangalore South, a seat won six times by Union minister Ananth Kumar, who died last year. He said it was talent, not DNA, which mattered. Santhosh mentioned DNA while justifying the denial of ticket to Kumar’s wife, Tejaswini. Purists bristled, as husbands and wives do not have the same DNA, except in consanguineous marriages. But in the political phraseology of Santhosh’s leader Narendra Modi, the usage was correct as Modi includes wives in his broad derision of dynasties in the Congress and other opposition parties.

Spurred by his dislike of the Nehru-Gandhi dynasty, which he firmly believes has ruined the country, the BJP’s decision-maker has denied tickets to relatives of many other top leaders as well. The last one to have a claim rejected is Utpal Parrikar, son of former Goa chief minister Manohar Parrikar, who died earlier this year. Utpal was an aspirant for the Panaji assembly seat held by his father, but as a ticket for him would have allowed the Congress to hurl the dynasty charge against Modi, the BJP told the younger Parrikar to work for the party candidate. 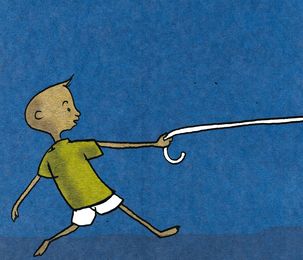 The inclination to avoid relatives has increased in the BJP, baffling senior leaders. Though there are many dynasts who have been renominated like Vasundhara Raje’s son Dushyant Singh, B.S. Yeddyurappa’s son Raghavendra, Pramod Mahajan’s daughter Poonam and Sahib Singh Verma’s son Parvesh, Modi wants to send a message that wives, sons and daughters would not automatically get tickets because of the sympathy factor.

Interestingly, one reverse dynast is the BJP candidate from Tumkur, Karnataka, who is contesting against former prime minister H.D. Deve Gowda. Even as the BJP accuses Gowda of being a complete dynast, who has fielded two grandsons in the Lok Sabha elections (apart from having two sons and a daughter-in-law in the assembly), the BJP candidate G.S. Basavaraj is the father of party MLA Jyothi Ganesh. Basavaraj was also exempted from the age limit of 75 years, which was used to deny tickets to senior leaders like L.K. Advani, Murli Manohar Joshi and Sumitra Mahajan. Basavaraj, a four-term Lok Sabha member, is 78, but he is younger than 85-year-old Gowda!

Campaign managers of Bollywood star Sunny Deol, the BJP candidate from Gurdaspur, were upset when the media referred to his stepmother, Hema Malini, who is defending her Mathura seat. Interestingly, the BJP chose Deol over Kavita Khanna, widow of actor Vinod Khanna, who had won from Gurdaspur in 2014.

The Congress’s fixation with DNA has been a good point of attack for Modi, who has ridiculed Congress chief ministers Ashok Gehlot and Kamal Nath for being too obsessed with ensuring the victory of their sons and thereby ignoring other constituencies. But he has conveniently ignored the dynastic tendencies in partner parties like the AIADMK, which has put up the son of Deputy Chief Minister O. Panneerselvam, or the Lok Janshakti Party which is dominated by the family of its founder Ram Vilas Paswan.