Political defections are normally acrimonious and messy affairs. But Danish Ali, long-time loyalist of former prime minister H. D. Deve Gowda, has defected to the Bahujan Samaj Party with the blessings of the Janata Dal (Secular) patriarch and his son H.D. Kumaraswamy, the Karnataka chief minister. Ali, who hails from Uttar Pradesh, left the JD(S) at a time when he was enjoying maximum clout in the party as its general secretary. The reason was the lure of Parliament. Thrice Ali had failed to get nominated to the Rajya Sabha from Karnataka.

He had a dream run last year, being involved in the JD(S)-BSP tie-up ahead of the Karnataka assembly elections and the formation of the coalition government with the support of the Congress after a hung verdict. Ali also coordinated the grand gathering of opposition leaders at Kumaraswamy’s swearing in, and became a member of the coalition coordination committee. The only other member from the JD(S) was Kumaraswamy. Yet as spokesmen from other parties, with whom Ali sparred regularly on prime time, got Rajya Sabha seats, he started looking for the right opportunity. 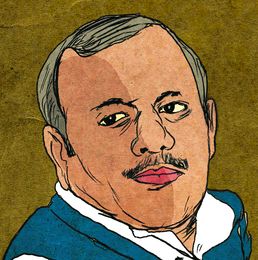 During the BSP-JD(S) negotiations, Ali had impressed Mayawati, who was scouting for Muslim faces. Once he convinced the BSP supremo, Ali won over Deve Gowda, too, with the unusual move of seeking permission to defect. Deve Gowda, who is unlikely to field a Muslim from the party’s eight-seat quota for the Lok Sabha elections was also sending a message to the Muslim voters in Karnataka. It was an arrangement which suited the shrewd former prime minister, who used Ali as the point person for non-BJP opposition parties.

Another politician who relied on an outsider for Delhi politics has been Rashtriya Janata Dal chief Lalu Prasad. He had depended on Haryana businessman Prem Gupta, who went on to become a Rajya Sabha MP and a junior minister in the Manmohan Singh government. Otherwise, regional parties with specific influence in their own states use someone from the state to be the point person in Delhi. Mayawati has depended on her former advocate general Satish Chandra Mishra, a Rajya Sabha MP. Dravida Munnetra Kazhagam patriarch M. Karunanidhi always deputed a family member who was fluent in English. The role passed from his nephew Murasoli Maran, who was minister in the governments of V.P. Singh, Deve Gowda, I.K. Gujral and A.B. Vajpayee, to Maran’s son Dayanidhi, who was minister under Manmohan Singh. Now, under his son M.K. Stalin, the role is fulfilled by Karunanidhi’s younger daughter Kanimozhi. While Shiv Sena founder Bal Thackerey preferred former Maharashtra chief minister Manohar Joshi to be his point person, his successor Uddhav prefers journalist-turned-politician Sanjay Raut, rather than the Union ministers of the Sena.

However, regional leaders who have served as senior cabinet ministers in Delhi like Sharad Pawar, Mamata Banerjee and Naveen Patnaik, have dealt directly with parties in the national capital. Both Mulayam Singh Yadav and his son Akhilesh have dealt with other politicians themselves because of their innings in Parliament, but, otherwise, the Delhi resident for the Yadav clan is Mulayam’s brother Ram Gopal. Though he was never an MP or Union minister, K. Chandrababu Naidu keeps his connections in Delhi from the time he was the convener of the United Front governments of Deve Gowda and Gujral, and later when his Telugu Desam Party lent crucial support to Vajpayee in 1999.

Danish Ali has missed a stint in Parliament, so far. He hopes it will work out with the BSP. On the other hand, Deve Gowda is hopeful of sending two grandsons to Delhi and hopes they would build networks for the party. Maybe, with a little help from Ali.