There is a saying: A thief believes everyone else is a thief. That is the case with the so-called liberals and anti-government elements in India right now. Our prime minister exudes power and enjoys popularity like no other, which has led the anti-government lobby to unite and criticise the government. Yes, the situation is not ideal when it comes to keeping the spread of the novel coronavirus in check. But then which country has been 100 per cent successful in containing it? None.

The success and failure of any government are measured by the response from its citizens and its status compared with other countries. India has performed better than even developed countries with the best of health care systems. Another aspect is the quasi-federal structure of India. India does as well as its states do collectively, as they are the implementing agencies of Central policies. 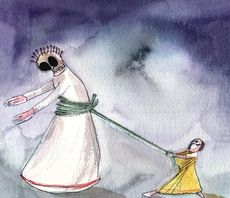 Our health department took on the humongous task of providing adequate health facilities to citizens. The pandemic, in a way, forced the government to prioritise health care infrastructure like never before. In early March, when India had recorded only a handful of cases, 52 labs were authorised to carry out Covid-19 tests. As on September 19, the number has gone up to 1,771, of which 1,152 are government-owned labs. The idea was to have a testing centre in each district to minimise Covid-related travel, and we have achieved that barring a few exceptions.

On July 7, the Medical Council of India directed medical colleges to set up labs that were biosafety level (BSL) 2-compliant, and informed that a failure to do so would result in them being derecognised. By August, 293 of the 540 medical colleges had BSL-2 facility.

There is ample focus on the standard of testing, too. The Indian Council of Medical Research hopes to have a BSL-2 lab—one that can run the RT-PCR tests—in every district. Wherever there are public or private medical colleges, their labs are being upgraded to BSL-2. Through the PM-CARES fund, 02,000 crore was allocated to supply 50,000 ‘Made in India’ ventilators to government-run Covid-19 hospitals. The number of beds for Covid-19 patients increased 14 times since June. India could not achieve these in the last 75 years but did so in the past five months and is proud of the work done.

The government also passed the Epidemic Diseases (Amendment) Bill, 2020, making any verbal or physical assault against doctors, nurses or other health care providers a punishable offence. The government’s zero-tolerance attitude towards such offenders initiated this legislation, which is being applauded by the health care community.

There have been more hits than misses in the management of Covid-19. By increasing the number of beds, ventilators, testing centres and PPE kits, India not only was able to display a good record on the global scene, but also pushed its local industry to produce the relevant machinery. These developments will go a long way in the betterment of the health infrastructure in India. Focused and effective measures for early identification through high and aggressive testing, prompt surveillance and tracking, coupled with standardised high-quality clinical care, have resulted in this globally acclaimed achievement.