Be responsible and patient

The Tablighi Jamaat congregation risked the lives of millions in the name of religion. It is nothing less than an act of treason. Despite the orders banning any gathering of more than 200 people at one place, more than 2,000 Muslim clerics from all over the world gathered at the Alami Markaz Banglewali Masjid in New Delhi. They further dispersed to all parts of the country to preach. They took with them the deadly coronavirus acquired from foreign delegates at the meeting. Over 1,023 confirmed cases have been linked to the Tablighi Jamaat as on April 5, 2020.

The people involved in this whole scenario showed utter negligence towards their duty as citizens. The explanation offered by them is that there was a lack of proper guidelines from concerned authorities. As a matter of fact, by the time the clerics started to travel across the country, the World Health Organisation had already declared Covid-19 as a pandemic and our prime minister had already announced the observance of Janata Curfew on March 22.

The Delhi government, too, ignored the grave situation. At the moment, rigorous contact tracing exercise should be conducted to stop the further virus-spread by this “super spreader” event. The Delhi government also failed to provide adequate arrangements for migrant labourers. Meanwhile, stone pelting and spit attacks on health care professionals and police were reported in Indore, Madhubani, and Bhilwara. These incidents display the irrational behaviour of some of our fellow citizens. Such incidents may demoralise the frontline soldiers of this war against the pandemic. The peculiar case of one Kanika Kapoor, a Bollywood singer, came to light amid the Covid-19 panic. Despite the self-quarantine advisory, she attended various parties, exposing the attendees to the risk of transmission. 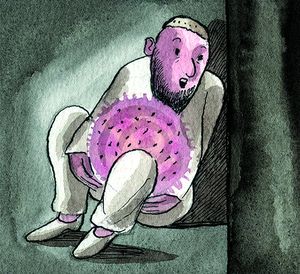 These incidents compel me to wonder where we are moving to as a community. Do we not take our fundamental duties seriously? I feel that we are taking our able leadership and efficient administrative system for granted. Roaming around streets and not following social-distancing advisory has become the new definition of “cool” for some people.

If we look at the measures taken by the Union government, they have been drastic and effective. Swift decision to lockdown the country for 21 days was necessary and was well-timed. Section 144 was implemented. Food packets and free ration are being distributed to help the homeless. The PM-CARES fund was set up to raise money to manage the pandemic. Doctors have been provided with free insurance up to Rs50 lakh. The police machinery is tirelessly working to ensure that the public follows the guidelines to minimise spread of the virus. Railway coaches are being set up as isolation wards. In Delhi, various community kitchens were set up to provide food to the helpless migrants. Aarogya Setu mobile app has been launched to track the spread and create awareness about Covid-19.

Independent India is facing such a situation for the first time. The last time we were forced into a situation like this was in 1918 when the Spanish Flu spread throughout the world. The British government, as per reports, did not take effective measures to control the epidemic in India, and the flu killed 18 million Indians. We are lucky that we have a government that is hell bent on saving its citizens. The mighty, developed countries have surrendered to this virus. We are still in a better state. Yet, some have failed our country by their irresponsible behaviour. It is every individual’s responsibility to follow social guidelines with utmost sincerity and patience to win this war.