Finding a way together to fight the plastic menace

You wake up and brush your teeth with a plastic toothbrush and with toothpaste from a plastic tube. All your kitchen supplies—from tea and bread to ketchup, flour and noodles—come in plastic packaging. We all remember the viral video of a sea turtle with a plastic straw stuck in its nostril. Our country is full of such problems and more.

In its ‘Fact Sheet on plastic waste in India’, The Energy and Resources Institute states that the seas off Mumbai, Kerala and the Andaman and Nicobar Islands are among the worst polluted in the world. Toxic metals like copper, zinc, lead and cadmium contained in plastic debris have an adverse effect on the coastal ecosystem, it states. In 2014-2015, India’s per capita usage of plastic was 11kg. We use so much plastic that our cattle eat it and die of complications. I believe that this apathy to the suffering of the once-revered animals is compounded by the lack of awareness regarding proper disposal of plastic. In 2015, Environment Minister Prakash Javadekar told the Rajya Sabha that the total plastic waste, collected and recycled, was estimated to be 9,205 tonne per day; 6,137 tonne remained uncollected. Single-use plastics that we use for an hour or two takes 1,000 years to decompose. 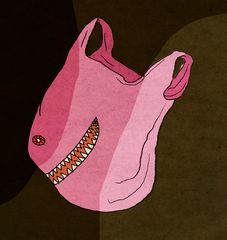 Quoting Central Pollution Control Board (CPCB) reports, TERI states that plastic contributes to 8 per cent of the total solid waste collected in the country. Households generate maximum plastic waste, of which water and soft drink bottles form the bulk. In India, around 43 per cent of manufactured plastics is used for packaging purpose and most are single use.

In March 2018, the ministry of environment, forest and climate change notified the Plastic Waste Management (Amendment) Rules, 2018. The amended rules lay down that the phasing out of multilayered plastic is now applicable to those that are “non-recyclable, or non-energy recoverable, or with no alternate use”. The amended rules also prescribe an automated central registration system for producers or importers or brand owners, and that it should take into account ease of doing business for producers, recyclers and manufacturers. The centralised registration system will be evolved by CPCB. While a national registry has been prescribed for producers with presence in more than two states, a state-level registration has been prescribed for smaller producers or brand owners operating in one or two states. In addition, Rule 15 on “explicit pricing of carry bags” has been omitted.

This Gandhi Jayanti, Prime Minister Narendra Modi gave a call to end single-use plastic (SUP) in India by 2022. An advisory was issued to all government bodies to ensure that they follow the guidelines and eliminate SUPs in all spheres in a phased manner so that the multi-million rupee industry of plastic production and its related means of earnings are not impacted in a shocking and haphazard manner. The advisory had a very positive effect as all government offices stopped using SUPs like styrofoam and straws since the date of its issuance.

If we get to the grassroot level, a major chunk of SUPs is produced by corporate giants to package processed food like potato chips, chocolates and soft drinks. A system should be created so that the plastic produced is monetised for the consumers. For example, consumers should be able to give back plastic wrappers to the company that produced it at a minor cost so that it becomes the responsibility of the said company to recycle it. It is a great way to initiate sharing of responsibility by the whole community to make this world a better place to live for humans and other species.