Ready for the fight

With the recent announcement of elections in Maharashtra and Haryana, the season of elections is once again back. These will be the first elections to be held after the Lok Sabha elections in April-May in which the BJP and its allies had won a resounding victory.

This victory was built on the twin strength of the Modi 1.0 government—a spectacular performance in governance that delivered results to the common man on the ground in a clean and transparent manner and an assertive leadership of the prime minister that saw the prestige of the office soaring to a new height. Now, with state elections round the corner, both the reputations remain intact. 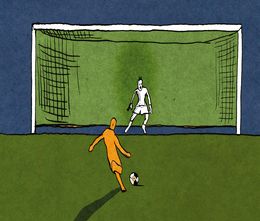 In Haryana, it was in 2014 that the BJP came to power for the first time on its own, winning 47 out of 90 seats in a triangular contest involving the Congress and the Indian National Lok Dal. The party gave the mantle to Manohar Lal Khattar, the first non-Jat leader from the state to become a chief minister in 18 years. He led Haryana from chaos to development, while balancing the Jat and non-Jat aspirations in the highly polarised state.

Today, as he completes his first term, his challengers are virtually eliminated—while the Congress is shattered by intense factionalism, the INLD has been driven to virtual oblivion. The municipal elections of December 2018, the Jind Assembly bypoll in January and the Lok Sabha elections, where the party won all 10 seats in the state, are only a precursor of the final picture to emerge after the assembly polls.

In Maharashtra, the NDA had registered an impressive win in 2014, winning 185 seats out of 288. This gave the BJP the first ever opportunity to have a chief minister from the party. The leadership was given to Devendra Fadnavis, a man who had risen from the ranks. Like Khattar in Haryana, he led an impressive government in Maharashtra, taking the alliance partner Shiv Sena successfully on board. Here again, the Congress-NCP are in bad shape and hence they do not stand a chance in the battle. I have no doubt that the BJP-Sena alliance will win the elections with more than two-third majority in the assembly.

Both Fadnavis and Khattar were dark horses in 2014. Yet, they managed to win the hearts of the masses. Moreover, Haryana and Maharashtra are two states dominated by farmers, where farm distresses have often been projected by the media to be a major factor in the polls. They have stood solidly with the BJP all through this. This only indicates that the people want nothing but performance, and where performance matters, no one can beat the BJP.

In the state elections, the BJP has got many things to talk of apart from its spectacular record of governance. The growing stature of India under the effective leadership of Prime Minister Narendra Modi is one such aspect that will certainly find resonance with the electorate. The global acquiescence to the Indian position on Article 370 is not something accidental; rather long diplomatic efforts have preceded it silently. The unprecedented Howdy Modi event in Houston last week is just a reflection of those emerging equations.

So, in a nutshell, the BJP is all geared up to enter the electoral fray while the opposition, especially the Congress, is back to their normal ways of negativity. I wish they had learnt the lessons the people have successively given to them over the past years through electoral drubbings and moved on to positive ideas. But, as Groucho Marx said, politics is the art of looking for troubles where there are none; the Congress seems to have perfected this art.