The ongoing budget session of Parliament, that also conflates the customary monsoon session into it, shall be remembered not only for holding one of the highest number of sittings in the very first session of any Lok Sabha, but also for completing its legislative business in an unprecedented manner. By extending the session of Parliament by ten more days, the government has set an ambitious target to pass at least 35 bills before the House breaks on August 9. 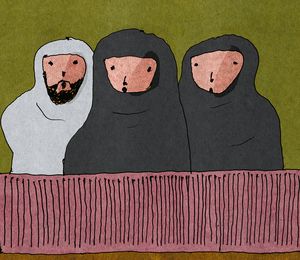 It is important to understand why it has been done. What is the purpose of adding the word ‘individual’ in the existing act? There is a larger purpose behind it.

Designating a person terrorist will help the state freeze the funds and other financial assets or economic resources of such persons, groups, undertakings and entities, including funds derived from property owned or controlled directly or indirectly by them. The purpose of the asset freeze is to deny such designated individuals, groups, undertakings and entities the means to finance terrorism in the country for so long as they remain subject to the sanctions and are not de-listed under the established procedures. This measure will effectively cripple the designated terrorists and will force them to shut down their activities, institutions and terror camps.

It is a very important change brought in by the government that will help it fight terrorism in the country in a very effective way. But, as usual, the opposition is uncomfortable with this measure without any convincing reason. The opposition wants to play a China; they want to put their own “technical hold” on designating such individuals as ‘terrorists’, who are found to be indulged in terrorist activities and who are the enemies of the state, much in the same way as China obstructed the UNSC for long from designating Masood Azhar as ‘terrorist’, exercising what it called, a “technical hold” on the proposal. I want them to remind that even China has backed off from its position and has agreed to designate terrorists as terrorists. So, what makes those opposition leaders still persist with their own “technical hold”?

I want the opposition to understand the strong mandate of the people of 2019; people want strong actions against terrorists. People want terrorists to be given a taste of their own medicine. This government is committed to doing that. We want to strike fear in the hearts of the terrorists. Terrorists must be terrorised by the state. That is the only way to secure the citizens and to protect them from fear, anxiety, loss and insecurity. Hence, I would advise the opposition leaders to not stand in the way of that noble action.