The past fortnight has been very important in Parliament as many important bills, including the Union budget 2019-20, were tabled in the Lok Sabha. However, out of all bills tabled for discussion, I would single out the The New Delhi International Arbitration Centre Bill, 2019, for special mention.

The New Delhi International Arbitration Centre Bill, 2019, seeks to establish an autonomous and independent institution, called The New Delhi International Arbitration Centre (NDIAC) at New Delhi, for a better management of the arbitration process in India. It is again a landmark initiative of the Modi government that must be seen in its totality. The bill, in fact, is in continuation of a series of steps that has been taken by the Modi government to make India a global economic power. 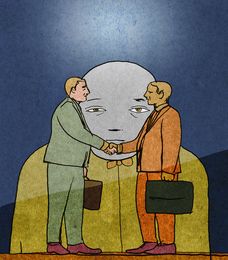 It is important to understand the need of the bill and what it aims to achieve. The bill aims to institutionalise, regulate and streamline the corporate dispute resolution process which will have a cascading effect on the Indian economy and the global perception about “doing business” in India. For an international business entity, dispute resolution in its country of operation is as important as the setting up the business because it has a considerable impact on its overall operations.

Arbitration is the settlement of a dispute arising out of a contract between two parties by a neutral third party, without resorting to formal litigations or court actions. The arbitrator, often an expert on the matter, hears both the parties, analyses the contract and makes a decision that is binding and enforceable through courts. The arbitration process is confidential, cheaper and speedier than the normal litigation process. Thus, arbitration offers an alternative dispute resolution system that is relatively less cumbersome.

At present, India has an estimated 3.1 crore cases, both civil and criminal, pending in its courts. Hence, an arbitration case would invariably take a back seat in Indian courts. Moreover, the Arbitration and Conciliation Act, 1996—the existing legislation to regulate arbitration process in India—was an inadequate legislation that did little to address the issue.

As per a NITI Aayog paper by Bibek Debroy and Suparna Jain, India takes as much as 1,420 days to resolve a dispute and the cost is 39.6 per cent of the overall claim value! Globally, India is ranked at 178 among 189 economies on the ease of enforcing contracts.

This called for urgent reforms towards creating a strong, arbitration-friendly jurisdiction within the country to make out-of-court dispute resolutions easy. As a first step in this direction, the Union government brought the Arbitration and Conciliation (Amendment) Act, 2015. The present legislation to set up the NDIAC at New Delhi is a further step that seeks not only to create the required institutional arrangement to improve the arbitration structure in India but also to make New Delhi an international hub for alternative dispute resolutions by attracting experts.

The NDIAC Bill fits into the Modi government’s ambitious goal of making India the third largest economy in the world. The bill, when turned into legislation, will make India an investor-friendly country with an institutionalised arbitration ecosystem that would be robust and cost-effective for all.