Big message from a big win

The 2019 elections, defying all speculations, resulted in a massive victory for the BJP-led NDA in the Lok Sabha. The landslide victory happened due to conversion of a humongous, yet silent, pro-incumbency undercurrent running across the nation—a gigantic Modi wave that few could foresee or imagine. This grand victory of the BJP and the NDA has many messages hidden that need to be understood.

First, the victory is historic as it is for the first time in the history of Indian democracy that people have given a decisive mandate in succession to any non-Congress political party. 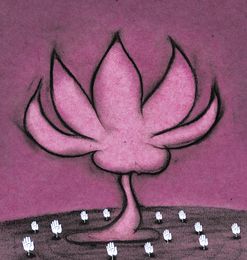 Second, the massive victory to the BJP and the NDA has been the result of the people’s acceptance of the politics of development, as opposed to the politics of negation. The masses showed their preference to those who worked for them and brought transformative changes in their lives through genuine and honest efforts.

Third, the electorate gave a decisive blow to the politics of lie and deceit, rejecting all false narratives built around lies, negativity and falsification of reality. Had demonetisation or GST been so bad as they were made out to be by certain political sections, the BJP would have been routed in the elections. Thus, there is a distinct message for many political parties and formations in the results—spreading lies and falsifying good work may cost you your political space.

Fourth, people have learnt to be wise and discerning while casting their vote. The citizens have learnt to vote purely on the practical considerations of life. Odisha sums up the situation well. Here, the Odiya voters voted overwhelmingly for a BJD government in the state, but they had no qualms in pressing the lotus button on the next EVM meant for Lok Sabha, as they wanted to have a strong government in Delhi. The same thing happened in Chhattisgarh. Such perspicacity in the vision of the electorate makes democracy stronger and mature.

Fifth, good governance is a great leveller. It has the capacity to bridge the deepest divide as seen in the election results when the famed division of the Indian society, along its various competing fault-lines, melted away. The mythical caste divisions of society, in states like Uttar Pradesh and Bihar, where grand alliances were made on the sole arithmetic of castes and religions, have been decimated. The BJP won 46 of 84 Scheduled Caste seats and 31 out of 47 Scheduled Tribe seats. The appeal of good governance has bridged all those divisions.

The sixth message that the result throws is that of continuity. The masses have overwhelmingly accepted the policies and programmes being followed by the government and would obviously like most of them to be continued and taken forward.

Finally, the results showed that nationalism is the dominant ideology of the young and emergent India and patriotism the defining character. The charm and appeal of a strong leadership, as displayed by Prime Minister Narendra Modi, has been the biggest factor that weighed on the mind of young electorate, who voted for him in overwhelming numbers. Nationalism is, and will remain, a factor in electoral politics for a large section of electorate from this point onwards.