Comparing the manifestos of Congress, BJP

There has always been a difference between the top-down model of governance and bottom-up model of governance. In the former, the people in power sit in cozy rooms, closeted with armchair policy makers and rely on Ivy-League case studies to make policies. In the latter, inputs are taken from grassroots, and on the basis of empirical studies, policies are created to cause the intended impact. The two approaches define the difference between the election manifestoes of the Congress and the BJP.

The three big issues that will define the outcome of the general elections will be development, farm policies and nationalism. And, on all three counts, the difference of approach between the manifestoes of the two parties is clear. 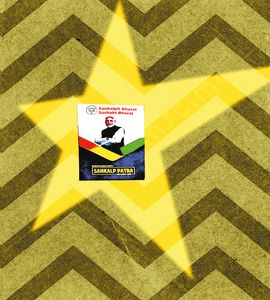 The Congress manifesto’s biggest idea—the NYAY (Nyuntam Aay Yojna) scheme—lacks credibility and conviction as no details have been provided as to where the money to fund the scheme will come from. None of the economists, including the names mentioned by the party, have a clear roadmap to implement it. In the absence of honesty to explain the mechanism, the scheme would turn out to be mirage aiming to draw the poor to it without offering anything in return. On the other hand, the Central government is already giving much better benefits to the needy population in an honest, sincere and time-tested manner, and the BJP, in its Sankalp Patra, promises to expand the same in future with better targets.

The Congress promises jobs to the youth, but gives no roadmap as to where these jobs will come from. No job can be sustainable unless it emanates from some kind of productive activity, but the same is nowhere in sight due to lack of vision among the Congress policy makers. Jobs come from development. With the promise of capital investment of Rs100 lakh crore in the infrastructure sector by 2024, the manifesto of the BJP comes up with a huge fillip to growth and development that is sure to create great opportunities for employment across multiple sectors in the next five years.

Clearly, the armchair vision of the Congress lacks a job-oriented growth plan. A separate kisan budget each year is not going to bring forth solutions unless any long-term vision is offered, which is nowhere in sight. On the other hand, the BJP has a firm and well-specified vision document that aims to double farm income by 2022, besides promising a massive investment of Rs25 lakh crore in the agrarian sector to address agrarian-rural issues in an effective way.

The Congress’s disconnect from grassroots is most obvious on the issue of national security. The mood and vision of the party is dangerous for the security and integrity of India. Besides other things, the Congress promises to review the Armed Forces Special Powers Act, that gives special powers to the armed forces in disturbed areas to contain insurgency. Any dilution of the Act would not only embolden the terrorists and the secessionists but also wreak havoc on the morale of the armed forces engaged in counter-insurgency operations.

It is clear that the Congress has totally failed to feel the pulse of the masses and the same is reflecting in its manifesto.

Lekhi is a member of Parliament • forthwriteml@gmail.com