Army rule in Pakistan is in India’s interest

Ashley J. Tellis, the renowned American scholar of Indian origin who has great influence on US opinion on India-Pakistan relations, delivered a lecture at the Carnegie Endowment, New Delhi, last week on the provocative subject, “Are India-Pakistan talks worth a damn?” He concluded they were not.

Tellis argued that while the US regards dialogue as a critical requirement, neither is it clear about the preconditions that have to be met nor has it analysed closely enough why setbacks are so frequent. The fact is that terrorist groups supported by state actors unleash terror attacks and Indian military retaliation might sometimes be necessary. Thus, even when dialogue starts, something happens to disrupt the process. The bottom line is that India wants to preserve the status quo, especially in J&K, while Pakistan wants to overthrow it. To this is added Pakistan’s desire to secure revenge for 1971. India is in no position to satisfy these essential Pakistani requirements. Thus talks, even if they begin, fall into a vicious circle. 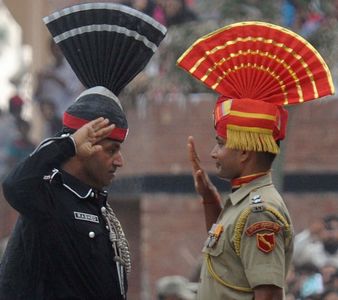 Tellis admitted that civil society in Pakistan might want peace, but as the military represents the “core foundation” of Pakistan, diplomatic dialogue cannot change the strategic cutting edge of Pakistan’s policy. As such, until either civil society capacity is greatly increased or the Pakistani military changes its mindset (perhaps through external pressure), any argument within Pakistan on the considerable costs of confrontation would not outweigh the military imperative. Not, said Tellis, unless India ceased being perceived as a “hegemon”. Hence, jihad will continue to be regarded by Pakistan as a legitimate instrument to prise Kashmir out of India. From this, it follows that dialogue will be fruitful only if there is a transformation in the underlying mindset of the Pakistan military and not on any civilian calculation of the cost to Pakistan of continuing the conflict. That, he concluded, is not feasible till the civil-military balance within Pakistan changes, which can only happen, if ever, over the very long term. So, while diplomatic exchanges might prove helpful on marginal issues, dialogue will not lead anywhere until fundamentals change.

Notice that Tellis has nothing to say about changing the Indian mindset. The responsibility seems to him to vest entirely on Pakistan. Moreover, his analysis takes no account of every major move on India-Pakistan relations having been made by the Pakistani military. The Indus Waters Treaty was settled under Field Marshal Ayub Khan after it had languished a decade under a succession of civilian governments. General Zia-ul-Haq promptly agreed to make his sixth unreciprocated visit to Delhi when Rajiv Gandhi felt the need for a quick summit to defuse the tension arising out of India’s Operation Brasstacks. It was under General Pervez Musharraf that India and Pakistan made the greatest progress ever on Kashmir, the issue that Tellis described as the “nub” of the relationship. On the contrary, the minute a civilian government under Pakistan’s most popular democratic leader, Zulfiqar Ali Bhutto, entered into the historic Simla Agreement, Bhutto almost immediately reneged on his commitments. History would appear to indicate that while democracy is wonderful for the people of Pakistan, life for India is much better assured when Pakistan is under the thumb of a military dictatorship!

Moreover, if, as Tellis argued, “fundamentals” would stand in the way of a fruitful dialogue, how is it that the US and Vietnam were able to reconcile their differences on fundamentals through sustained dialogue? Or, more recently, that dialogue between the Iranian ayatollahs and the great satan yielded the most fruitful agreement of the Obama era?

Begging Tellis’s pardon, all dialogue is transformative. It is not only Pakistan that is paying a heavy price for confrontation; India, too, finds Pakistan an albatross around its neck. Dialogue is essential but will succeed only if it is so structured as to be “uninterrupted and uninterruptible”.