Yes, there is a Tamil Nadu-Kerala dispute over the Mullaperiyar dam. But, perhaps uniquely, it is not an inter-state dispute over the sharing of river waters. Both the Mullayar and Periyar rivers—at whose confluence the dam has stood since it was completed in 1895—are within the state of Kerala. The dam diverted the waters of the naturally westward flowing Periyar river eastwards to fall into the Vaigai basin—which is to southern Tamil Nadu what the Cauvery is to central and coastal Tamil Nadu, a life-giver.

The dam, described as “one of the most extraordinary feats of engineering ever performed by man”, has the unusual distinction of both the dam and the reservoir being geographically located in Kerala alone—but the dam/reservoir is managed and kept in good repair by Tamil Nadu in the interest, particularly, of Tamil farmers spread over an area of 2.3 lakh acres, eking out a living in the rain shadow districts of Theni, Dindigul, Madurai, Sivaganga, and Ramanathapuram. The Mullaperiyar dam has turned what was once a barren dustbowl to double- and even triple-cropping land. It is nothing short of a lifeline in every sense of the term. 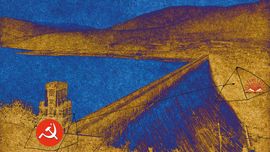 So vital has been the life-giving augmentation of the Vaigai waters as a result of Colonel John Pennycuick’s engineering marvel that his statue stands at the entrance to the Tamil Nadu public works department office campus in Madurai. A proposal is also under process to install a memorial to the miracle engineer at the dam site.

Pennycuick’s devotion to his cause was such that when the British government decided to stop further expenditure on the scheme, he sold his wife’s jewellery to complete the dam. This has kept the “deep south” in Tamil Nadu fed for the past century and a quarter. That is why Pennycuick’s great-grandson was accorded an enthusiastic public reception when he visited Madurai in 2002.

Kerala’s complaint is not that Tamil Nadu is pre-empting its river waters for irrigating Tamil lands. But it has grave apprehensions that as the dam has been built in a sensitive seismic zone where tremors are frequent, the “structural flaws” inherent in a dam built long ago place at risk the lives of 3.5 million people who live in the area, as pointed out in a technical report from the United Nations. The examples of the human tragedy caused by the Morvi dam burst in Gujarat in 1979, and more recently, the washing away of the Tapovan dam in Uttarakhand in February, have further stoked these fears.

On the other hand, the committee set up by the Supreme Court under the former chief justice of India, A.S. Anand concluded that the Mullaperiyar dam is “structurally [and] hydrologically safe, and Tamil Nadu can raise the water level from 136 to 142 feet after carrying out repairs”. Also, that the “earth tremors in the region did not have any impact” on the dam or the reservoir.

However, a supervisory committee under the chairmanship of a member of the Central Water Commission, with the other two members nominated respectively by the state governments concerned, has not assuaged public sentiment in Kerala.

It is, therefore, all to the good that, having exhausted the scope for a technical or judicial settlement of the problem, the Tamil Nadu chief minister has announced that he will be visiting Thiruvananthapuram next month to work out with his Kerala counterpart a political settlement that will meet public concerns in both states (and perhaps allow the height of the stored waters to go up a further ten feet). Such a political initiative alone, not recourse to the courts or experts, is the way forward.