The school of protests

I went to Paris in May 1968 to be part of the student uprising that startled the world. It fizzled out within a few months but so shook the prestige of president Charles de Gaulle that the man generally regarded as the most firmly ensconced in office in all of Europe found himself out of the Elysee Palace within 18 months of his dismissing the demonstrators as “chiens-lit” (dog faeces).

So also do I belong to the Vietnam generation that saw massive protests in US campuses. On the face of it, these student protests, which even reached the Lincoln Memorial in Washington, DC, only consolidated president Richard Nixon’s hold on power, giving him in 1972 the largest plurality in the history of presidential elections, but so badly had the students dented his reputation that within a few months of his election victory Watergate began undermining him and he was driven from office in 1974, his name in tatters. 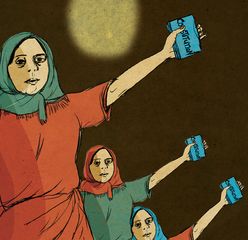 I hear our older generation muttering about university students taking to the streets and Shaheen Bagh helping consolidation of the Hindu vote behind the BJP in the ongoing Delhi elections. But it seems to me that even if the BJP wins Delhi (unlikely as that looks at the moment), the Aligarh Muslim University and the Jawaharlal Nehru University have so damaged the image of an irremovable prime minister that Modi’s reputation as an unbeatable leader has been irretrievably stained. Within six months of his massive (and wholly unexpected) victory in the Lok Sabha polls, it seems he is going the way of all flesh. Fear of his 56-inch chest is being replaced by the mocking of his 74-inch waistline.

And it is not the opposition parties that either started these nationwide protests or have kept them going. It is “We, the People of India” who have taken to the streets, wrapped in the national flag, reverentially holding up the Constitution (not the Gita, the Quran Sharif, the Guru Granth Sahib or the Bible), and singing national songs from the freedom movement. They include infants and children, women whose only covering against the biting cold is the veil and the hijab and, above all, students and youth who keep a 24-hour vigil around the women who have emerged from their kitchens and courtyards as never before to demonstrate that they, too, have an opinion, a voice and the right and duty to protest.

I cannot think of a better education for the young men and women who have taken time off from dry learning in their classrooms to experience the living reality of the Constitution. The daily recital of the Preamble gives more substance to the vision of Babasaheb Ambedkar and the other founding fathers than any amount of pedagogy can provide. It is a daily experience of “fraternity”, without which there can be no “liberty” or “equality”, the other key cornerstones of the building of our Republic. This is true “Democracy” as felt and experienced in living reality, not learnt by rote as mere oratorical flourishes. This is true education.

It does not destroy book-learning; it only enhances it. The proof of this comes to me from the theatres and parks and roundabouts of Paris 1968. One of the student leaders, Daniel Cohn-Bendit, ended up as a leading member of the European Parliament; the Mauritian student hero Paul Berenger went on to become the prime minister of his country. The Vietnam protesters survived to become solid members of the most respectable echelons of American society; it was the poor GIs who suffered the traumas of war, so brilliantly captured by the novelist Philip Roth.

There is time enough to return to their classrooms. Our kids are learning from real life in the demonstrations. Their academic achievements will only be enhanced by being interwoven into existential reality.