The Romans had a saying: “Those whom the gods wish to destroy, they first make mad”. Who would have thought that within six months of their victory, the ruling parliamentary majority would find itself under siege by the very forces they thought they had trumped? By their madness, they have brought this hubris upon themselves.

The Narendra Modi-Amit Shah dispensation has not understood the most elementary lesson of democracy: that majorities are not given to impose majoritarianism. In consequence, they have progressively alienated India’s Muslim minority. The divorce is now complete with the triple talaq pronounced through the National Register of Citizens (NRC) in Assam, the Citizenship Amendment Act and the looming threat of the National Register of Indian Citizen (NRIC) in the country as a whole. It is the simultaneity of this three-pronged attack that has sparked the country-wide outrage. 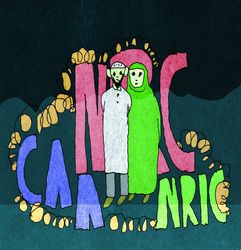 The nation has watched with growing apprehension the unfolding of the NRC process in Assam. As at least half the alleged “illegal” immigrants have turned out to be Hindus who would be fast-tracked to full citizenship under the amended Citizenship Act, it is clear that the concentration camps being built across the state are targeted at one faith and one faith alone. And that this is going to be replicated by a similar exercise throughout the country—the NRIC.

Modi-Shah and their cohort remain in denial. They lace their barbed retorts with communalism at its crudest. The prime minister says you can recognise protesters by their clothing. What clothing? Kurtas and pyjamas? Dhotis and veshtis? T-shirts and jeans? These are community neutral. What is distinctive is the covered hair and the veil, the skull cap and the Aligarhi achkan (especially when adorned by a beard). It is clear that this is the target of the prime minister’s vicious insinuation. He goes on to demand why the Congress does not offer citizenship to all Pakistanis. What secular Indians are demanding is assured cast-iron citizenship to all Indian Muslims. It is this that is under threat.

For the saffron forces have already clarified that they regard Bharat as the “natural home” of Hindus, and are not averse to a sprinkling of other communities. The object of their aversion is but one religious denomination. This “other-ing” of one community is unacceptable. And the salience being drawn between “Pakistani” and “Muslim” is most reprehensible.

Seven decades after partition there are some 3.6 million Hindus left in Pakistan. The average rate of their migration to India is about 5,000 per year, that is, it will take about a thousand years at this rate for all of them to flee “religious persecution”. These 5,000 can easily be accommodated without drawing lines of community exclusion, as, legendarily, the Zoroastrian refugees were in the seventh century CE, by being “dissolved like sugar in milk to make it all the sweeter”. This tiny community of Parsis has rewarded their adopted home by being among the pioneers of the Freedom Movement (Dadabhai Naoroji, Pherozeshah Mehta); laying down the foundations of our industrialisation (Jamsetji Tata); steering our atomic programme (Homi J. Bhabha); leading our armed forces to unambiguous victory in 1971 (Sam Manekshaw); and, teaching our dour parliamentarians how serious politics can be conducted with side-splitting laughter (Piloo Mody). If so much can be achieved by so few because they were accorded refuge, safety, dignity and prosperity in our country, how much more could not the close on 200 million Indian Muslims give the nation—provided they are assured of acceptance, personal safety, identity and dignity in the land they have made their own?