Had he been with us, Rajiv Gandhi would have turned 75 on August 20. We were at school together, but I hardly knew him. This was partly because it was a school at which parentage hardly mattered and partly because a gap of three years was a virtually unbridgeable rift valley.

Indeed, I ran into him only once. It was in the changing room at the swimming pool in my last term. As a “senior”, I was entitled to use the pool any time, but a “junior” required the permission of a “senior” if he wanted to swim outside the specified hours. A young boy I barely recognised came up to me very shyly and asked, “Can you give us permission to swim, yaar?” The usual “senior” reaction was to throw out an expletive and say, “No”. I, however, said, “Yeah, sure”—and probably thus paved my way into the prime minister’s office! 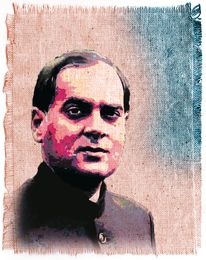 After taking my first degree, I went on to read for a Tripos (MA) at Cambridge. I hardly did any studying, busying myself instead with debates at the union (and fruitlessly chasing girls at the International Centre). Rajiv followed a year later, at the end of which I ran for president of the union. Although, once again, I barely saw him, many decades later I learned that Rajiv had gone among the Indians saying, “There is an Indian standing and the least you blighters can do is to go vote for him”. Thus, Rajiv began his political life canvassing for me; the least I can do is to end mine canvassing for him.

I did not see him again for two decades.

With such little contact between us, I do not know what induced him to induct me into his PMO. My first few months were spent understudying the legendary H.Y. Sharada Prasad. He asked me to draft a number of speeches for Rajiv’s upcoming six-country tour that would climax in Washington. I gave him the draft, but took the precaution of also giving a copy to Rajiv’s principal political aide, Arun Singh. Sharada, still caught in a time warp, cast my draft aside, rewrote it, secured veteran G. Parthasarathy’s imprimatur, and submitted it to the new, young prime minister with the heading, ‘First Draft’. When we gathered to discuss the draft, Rajiv pulled out what I had written and innocently enquired, “Then, what is this draft?” And went on, “Well, we will call this Draft Zero and start by going through it.” I was launched!

My first test came almost immediately. On the day before he was due to fly off, he and madam Sonia gave an interview to Pushpa Bharati and K.L. Nandan of Dharmyug. I was sitting in my office late at night preparing for the tour when Nandan came on the line to say he had forgotten to ask Rajiv a key question, “Did the prime minister believe in God?” As it was nearly midnight and I assumed Rajiv was in bed, I took it upon myself to reply, “He is a modern young man. Why should he believe in God?”

Next morning, as the aircraft was revving up, I took the precaution of going into Rajiv’s cabin to tell him about Nandan’s query. To my astonishment, Rajiv said, “Yes, of course, I believe in God”. I rushed to the cockpit and asked them to get me the tower. And, even as the aircraft was taxiing to take off, I gave the guy at the tower Nandan’s number and screamed to him above the noise to phone Nandan a one-line message: “Rajiv Gandhi believes in God!”