The verdict of the International Court of Justice (ICJ) in the Kulbhushan Jadhav case is a Judgement of Solomon. It awards all the procedural points to India, and all the substantive points to Pakistan.

This has enabled both India and Pakistan to claim that victory has been theirs. Hence, the Indian foreign ministry spokesman has asserted that India scored “a major victory” at The Hague while the same verdict has given Pakistan Foreign Minister, Shah Mehmood Qureshi, scope to claim it as “a victory for Pakistan”.

So, what are the facts? India’s external affairs minister, in his statement to Parliament, summed up the Indian achievement in the following words: “Pakistan was found to have deprived India of the right to communicate with Shri Jadhav, have access to him, visit him in detention and arrange his legal representation.” Pakistan has promptly agreed to comply with these findings. 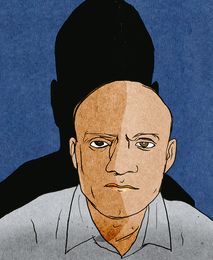 But was that all we had asked for? India had asked for the ICJ to declare that the sentence of the military court is violative of international law and the provisions of the Vienna Convention (paragraph 17, ICJ judgement). To this, the ICJ has responded at paragraph 137: “... the Court reiterates that it is not the conviction and sentence of Mr Jadhav which are to be regarded as a violation of Article 36 of the Vienna Convention.” The international legal adviser for South Asia at the ICJ has clarified that “the Court has, however, rejected most of the remedies sought by India, including annulment of the military court’s decision convicting Jadhav, his release and safe passage to India”.

What were these “remedies” that India sought beyond those related to consular access and consular assistance to its national? Besides seeking from the ICJ a “declaration” that the Pakistan military court’s verdict be held “violative of international law”, which the ICJ declined to accept, the International Court also declined to declare that “India is entitled to restitutio in integrum” or to direct Pakistan “to release Jadhav forthwith and facilitate his safe passage to India”. It also refused to endorse India’s plea to “exclude” Jadhav’s “confession” from further judicial proceedings in Pakistan.

No wonder Pakistan Prime Minister Imran Khan promptly tweeted his “appreciation” of “ICJ’s decision to not acquit, release and return Commander Kulbhushan Jadhav to India”. His foreign minister crowed that “Commander Jadhav shall remain in Pakistan. He shall be treated in accordance with the laws of Pakistan.” And we, alas, cannot seek further reconsideration or relief because, as our spokesman remarked, the ICJ judgement is “final, binding, [and] without the provision of appeal”. He, of course, was referring to Pakistan. The irony is that this equally applies to India.

For the Indian external affairs minister to describe this curate’s egg of a judgement as a “landmark judgement”, which is “a vindication for India”, is surely hyperbolic, while Prime Minister Narendra Modi’s tweet proclaiming that “truth and justice have prevailed” is surely delusional, as is his reading that “I am sure, Kulbhushan Jadhav will get justice”.

Kulbhushan Jadhav will not get “justice” from any Pakistani court, military or civil. Justice can come to him only thorough a process of “uninterrupted and uninterruptible” dialogue with Pakistan (which India refuses to undertake) or through a reciprocal exchange of alleged spies, as was the standard practice between the US and the Soviet Union even in the worst days of the Cold War. Has our R&AW got no Pakistani in its custody to swap for Jadhav? If not, then what the devil is R&AW doing?