With a single half sentence in paragraph 4.5.9 of the K. Kasturirangan committee’s draft report on the National Education Policy reading “… the study of languages by students in the non-Hindi-speaking states would include the regional language, Hindi and English”, the BJP has started a process fittingly described by DMK leader M.K. Stalin as being “similar to throwing stones at a beehive”. His spokesman in the Rajya Sabha, Tiruchi Siva, varied the simile to say it was “like throwing fire into a sulphur godown”. Now the Union government has started back-tracking. But the fact that they put out that half sentence in the public domain shows that they are either ignorant of the incendiary history of the issue in Tamil Nadu or, more probably, that Hindi fanatics in their ranks pressed for this with covert backing from their superiors.

For the better part of a hundred years, the “saffron brotherhood” has entangled their goal of “Hindu rashtra” with imposing Hindi on all parts of the country. This was nakedly revealed when Ram Shankar Kureel, one of the members of the committee, argued that “the three language formula is in the interest of national integrity”. 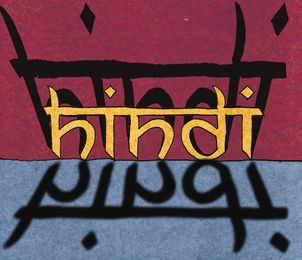 It is the contrary that is true. Even A.B. Vajpayee had conceded in the Rajya Sabha in 1965 that he was “against forcing Hindi on any non-Hindi province… if it endangers national unity”. This was in response to C.N. Annadurai’s argument in the same debate. Annadurai said: “Making a language [Hindi] that is the mother tongue of a region of India the official language for all the people of India is tyranny…. If Hindi were to become the official language of India, Hindi-speaking people will govern us. We will become like third-rate citizens”.

In saying this, Annadurai was echoing T.T. Krishnamachari who had thundered in the Constituent Assembly on November 5, 1948, that “Hindi imperialism” would mean the “enslavement of people who do not speak the language”. Annadurai reinforced that point when he said in Parliament in May 1963 that now that the British had left India there was no question of the “imposition of English”. He added that he spoke English not because he was “enamoured of it”, but because it was “the most convenient medium which distributes advantages and disadvantages evenly”. He went on to say, “the consequence of the imposition of Hindi as the official language will create a definite, permanent and sickening advantage to the Hindi-speaking states”.

Half a century on we know that without teaching Hindi in government schools Tamil Nadu is virtually at the top of all economic and human development indices in the country. We also know that without learning Hindi in school, Tamils are distinguishing themselves in all walks of life in all parts of India and abroad. Most importantly, we know that monolingual Hindi speakers are being welcomed in Tamil Nadu in droves as they flock to the state for employment. The UPA government placed Tamil on par with Sanskrit as a “classical” language by amending the Constitution. That is the way forward to what Nehru called the “emotional integration of the nation”—not by force, but by encouraging the flourishing of all regional languages. Kasturirangan has belatedly understood this. His colleagues have not.