All day through the day of the election results we sickeningly heard television anchors repeatedly proclaiming that chemistry had trumped arithmetic to hand Modi his victory.

But, was the arithmetic ever put in place? Yes, it was, in Tamil Nadu. So, the DMK won every seat it contested and the Congress won all but one of its share. So also in Kerala, where the time-tested arithmetic of the United Democratic Front held firm. But what of the rest of the country? 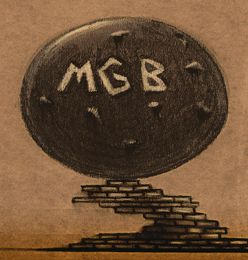 The two most crucial states crying out for opposition unity were Uttar Pradesh and West Bengal. In UP, the Congress has a plus ten per cent vote share spread fairly evenly across the state. That means in UP the Congress on its own can barely win a seat anywhere, but it can make the difference between victory and defeat everywhere. While the media started referring to the Samajwadi Party-Bahujan Samaj Party-Rashtriya Lok Dal alliance as MGB—for mahagathbandhan—the alliance without the Congress was actually reduced to GB—gathbandhan. For the residuary Congress vote in virtually every constituency of the state would have tipped the balance, given that the notional vote share of GB, as revealed in 2014 and 2017, was more or less the same as the BJP’s. By adding the ‘tadka’ of the Congress vote, the combined vote share of a true MGB would have surpassed the BJP’s vote share. This was perceived by a principal pollster, an old college-mate of mine, who back in the middle of last year estimated that faced with the tsunami of a consolidated MGB, the BJP’s seats in UP would drop from 71 to eight.

That prospect was never realised because GB remained GB and never became MGB. In turn, the failure to consolidate the index of opposition unity in UP meant that the chemistry that would have been unleashed by the palpable prospect of an MGB victory was never released. That in itself meant that the belief grew in GB cadres and voters that as this was a lost battle they might as well go back to fortifying their separate identities instead of sinking their internal differences for a larger cause.

In West Bengal, the apprehension of a saffron juggernaut made Mamata Banerjee an early enthusiast for opposition unity, which later got diluted to a “non-BJP, non-Congress federal front”—of whom none other than the Trinamool Congress had any presence in the state. This meant the TMC was in the end left all on its own in taking on a resurgent BJP in the state where hindutva was born (remember Shyama Prasad Mookerjee, the founder of the Jana Sangh, was from Bengal and N.C. Chatterjee was one of the two elected Hindu Mahasabha representatives in the first Lok Sabha). Inevitably, Mamata lost a number of seats that a potential TMC-Congress alliance might have taken. Moreover, as the prospects of a Congress-Trinamool alliance stalled, chemistry moved into the vacuum caused by the failure of arithmetic to boost the prospects for the BJP challenger.

Delhi yielded all seven seats to the BJP principally because the Congress and the Aam Aadmi Party were unable to agree on a seat-sharing formula. That failure in electoral arithmetic put finis to the chemistry generated by the Anna Hazare movement on which Arvind Kejriwal had capitalised to create the political typhoon that had secured him 67 of 70 seats in the Delhi Assembly elections just four years earlier.

Marginal adjustments within the framework of a nation-wide MGB in states wrested from the BJP just months ago (but with wafer-thin majorities) might have made all the difference in this Lok Sabha election between squeaking in and a humiliating defeat. Had the arithmetic been right, chemistry would have followed.