The tribal challenge in Indian elections

Tribals constitute only eight per cent or so of the Indian population, but their dreadful condition so preoccupied the founding fathers of our Constitution that the Fifth Schedule, consecrated to tribal governance and welfare, is one of the longest in the Constitution.

Tragically, the Fifth Schedule has in actual implementation remained pretty much a dead letter. Rajiv Gandhi attempted to put some teeth into it through his famous constitutional amendment on panchayati raj. That eventually emerged as a constitutional directive to Parliament to prepare the conformity legislation for the protection and promotion of tribal interests, and not leave this to the nine state assemblies concerned. This constitutionally-mandated legislation was embodied in Parliament’s Panchayats (Extension to Scheduled Areas) Act, 1996. PESA was further supplemented by UPA-1’s Scheduled Tribes and Other Traditional Forest Dwellers (Recognition of Forest Rights) Act, 2006. But, as detailed in a 2013 report on panchayati raj, prepared by a government-appointed expert group under my chairmanship, implementation has fallen far short of legislative expectation. Alas, as with most such reports, ours, too, is gathering dust in a corner of some distant cupboard of some neglected ministry. 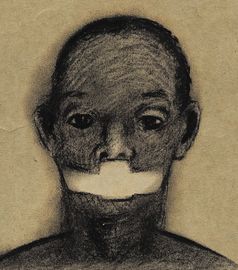 The consequence of such gross governance deficit is that most tribal areas have become hotbeds of insurgency. Although ruthless police action has reduced the number of “red districts”, the underlying problem bubbles in a cauldron of tribal discontent. Maoist cadres have infiltrated their villages and secured the willing (or unwilling) cooperation of the tribal people, adhering to Chairman Mao’s principle that a guerrilla is like a fish in water who needs the support of the people he lives among to carry on the insurgency.

The 2006 D. Bandyopadhyay committee report, prepared under the aegis of the former Planning Commission, is perhaps the most instructive in this regard. It focuses on the stark choice faced by tribals between being oppressed by devious, highly corrupt, and exploitative agencies of the state government and the vicious violence inflicted randomly on them by the Naxalites/Maoists. It is a Hobson’s choice, but one that usually favours the Naxals, because they at least live among the tribals, while the officials of the state governments are loathe to serve in remote tribal areas. Further, the unholy nexus between dishonest officials and avaricious forest contractors aggravates the acute absence of any semblance of good governance.

This conundrum had been taken into account in drafting PESA, whose provisions, if sincerely implemented, would empower tribal people and their duly-elected leaders to implement their own agenda for development, while being held transparently accountable to their respective tribal grama sabhas. This would have the back up of the Forest Dwellers Act that guarantees the right of tribals to not be displaced without their consent and not be exploited for the sake of someone else’s evil profits.

That is the only way forward to end the menace of Naxalism. It is to be hoped that national and regional parties will detail such an approach in their respective manifestos as they sally forth to garner the votes of the deeply distressed and much-deceived tribal voters, particularly in the Fifth Schedule states of the central Indian tribal belt, where tribal poll preferences might well decide the political prospects of the rival contenders for power.